Shimla , a small village discovered by the British Rulers got transformed into the summer capital of the nation, has got many buildings showcasing the British Architectural marvel. Most of these buildings of Shimla still carry the glory and fineness of yesteryear. Visitors of Shimla City get mesmerized with the wonderful craftsmanship of these structures including the exterior and interior decorations. Some of these buildings have been transformed into official places of the state government while some have been transformed into hotels and accommodation places so that guests enjoy cozy and comfortable staying here and at the same time could look at and feel the glory of past. 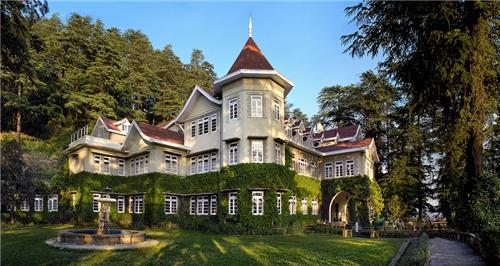 Woodville, one of the finest buildings of Shimla is now transformed into a heritage hotel carrying the richness of past heritage.

What used to be the summer palace of one of the Jubbal Rulers, Raja Rana Sir Bhagat Singh Chand, is now turned into a hotel. With wonderful surroundings, walking trails among the woods, stretches of Cedar and Pine trees, Woodville Palace Hotel has become the perfect holiday retreat for the people who come here to have rejuvenation of body and soul. The Hotel has sprawling lawns and the remains of a country-house.

Woodville Palace is situated about a height of 700 ft above the mean sea level. The building still showcases the timeless history of the Indian Kings and the grand lifestyle of the Colonial India. According to the records, the Woodville Palace had its first resident as General Sir William Rose Mansfield, who was the Commander-in-Chief of the Indian Army at that time. The building was bought from General Sir Arthur Milford Beecher in 1866 after payment of Rs.22, 000. 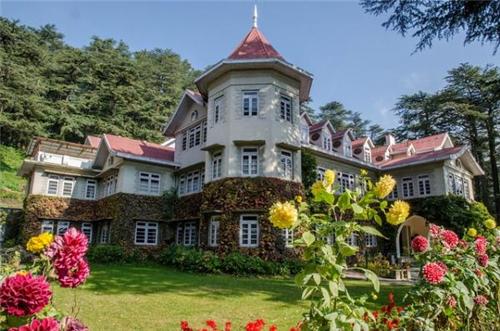 Then it became the summer residence of future Commanders-in-chief too. Sir James Walker bought this Woodville house and sold it to the Alliance Bank. It became the official residence of the Manager of the bank but later on in 1923, the bank collapsed and Woodville was bought by the then king of Jubbal, Raja Raja Sir Bhagvat Singh. The house became his summer palace. 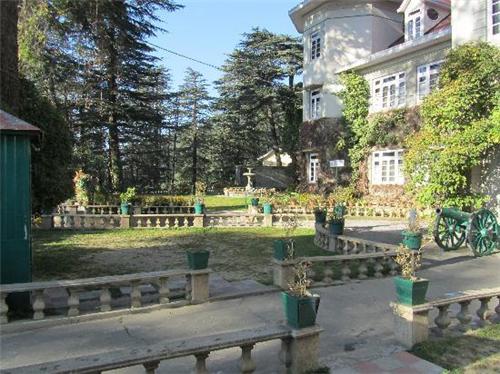 Later on, the house was given as a gift to his daughter in 1930.  In 1938, the then king of Jubbal, Raja Rana Bhagat Chand , demolished the old building and got a new one created as his summer palace. The royal family used to reside in the building till 1977 and then part of the building got converted into a heritage hotel by Raj Kumar Uday Singh, grandson of Sir Bhagat Chand.

Being a royal residence, Woodville had some unique pieces of decoration that showcases the grandness of royal India. The surrounding gardens and lawns of Woodville have many rare flora and fauna. Nature Lovers would just enjoy a walk from this hotel to the Raj Bhavan. During spring, Rhododendrons everywhere in the surrounding forest would make it a divine sight. 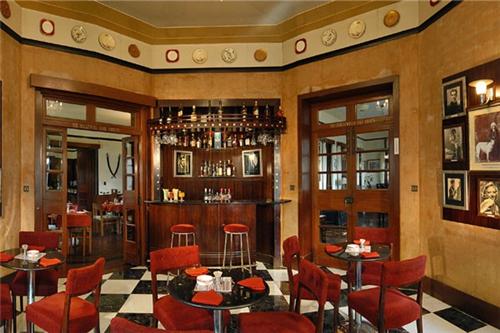 The original decoration of the building is still preserved. The floorings, bathroom fittings, lights and other artifacts of the building are still kept.  Majority of light fittings were brought from Murano, an island near the Italy coast, popular for various types of glass works. The exteriors of the palace complement with the adorable art works of interiors of this palace.  The corridors of this palace have photographs of Queen Victoria, Sultan of Johore, and King of Italy Umberto II etc. along with their autographs. The palace also has a rich collection of stamps and coins.

The heritage building Woodville is located on the Raj Bhavan Road. As it is located at the center of the city so visitors find it easy to reach here.

How to Reach Woodville Palace

Woodville Palace, one of the important heritage buildings of Shimla, has become one of the most important heritage tourist spots of Shimla. As it is located at a very strategic location in Shimla, it is easily approachable by road from within Shimla and also from the surrounding places. For the travelers reaching here by rail, the nearest railway station is the Shimla Railway Station. The nearest airport is the Shimla Airport. Travelers get ample numbers of conveyance from Shimla Railway Station and Shimla Airport to come to Woodville.