Shimla has very long history in sports which goes back to British era. They introduced various kinds of sports to the residents of Shimla. When they transferred the summer capital to Shimla, they constructed buildings and cottages to accommodate their army officers. Also, in the process, they provided space for various sports such as football, cricket, skating, skiing etc. The history of the sports in Shimla can also be gleaned through the history pages of the boarding schools which were established in British Era. They still have most of the sport venues which were originally established as the part of the school. Today, they are still maintained in good condition and are used for sports activities. 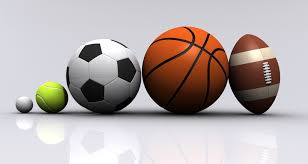 Shimla is located in the Himalayan ranges and has been blessed with several fast moving rivers, mountains, valleys and deep forests. If you love adventure sports, Shimla is just the place for spending your vacation for that adrenaline rush.

Among other things, it has also constructed the world’s highest cricketing stadium located near Shimla. The cricket stadium was inaugurated by Dalai Lama. Today, this stadium hosts national and international cricket matches on regular basis. The association has also constructed 2 more cricket stadiums in Bilaspur and Nadaun. It is also involved in coaching and organizing different tournaments for the players and school students in Shimla. 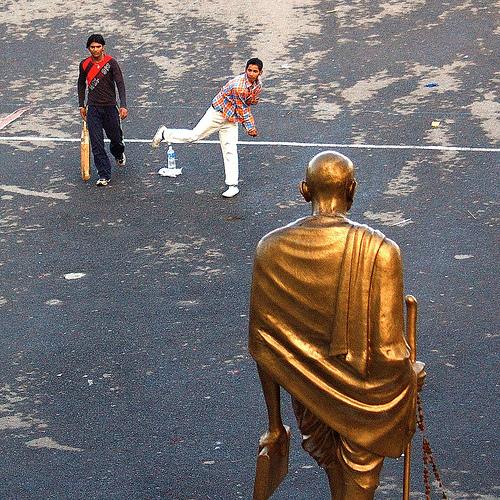 Shimla, like the rest of the country is mad about cricket. The tourists, who visit the town, share the love of cricket with the local citizens. Some visitors also visit the city en route to the stadium for watching cricket matches. The schools and collages continue to take part in the regular cricket competitions and win prizes.

The table tennis and lawn tennis counted among popular sports of city are equally played by the tourists and the local citizens. There are many outdoor, indoor courts and halls in the city which are devoted to these games. Many resorts and hotels also provide these facilities for their guests. 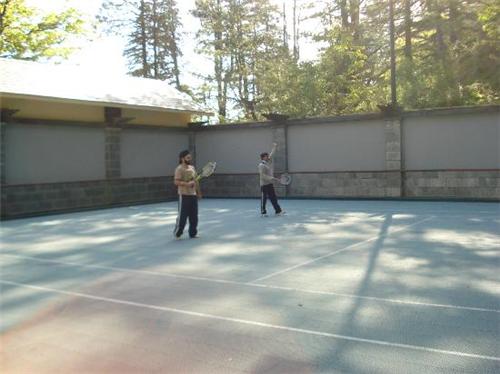 The schools and colleges have their teams which play for recreation and compete in regular competitions locally and nationally.

It is said that any British township is not complete without the golf course. This fact is certainly true for Shimla. There are 2 golf courses near city, which were constructed by the British during their rule, for relaxation and recreation. The vast open spaces and green surroundings of Shimla are the perfect place for the beautiful open golf courses. This sport has become very popular in the valley. The tourists also try their hand for a game with the local citizens.

Shimla has 2 historic golf courses, which are located in open spaces surrounded by the dense forests of Himalayan cedar, charming and open vista of Annadale and Naledehra. The exquisite golf course in Annadale is a 9-hole golf course which is managed by the army. Many golf enthusiasts stay in the resorts and hotels near the golf course and visit the golf course to play golf in their vacation. 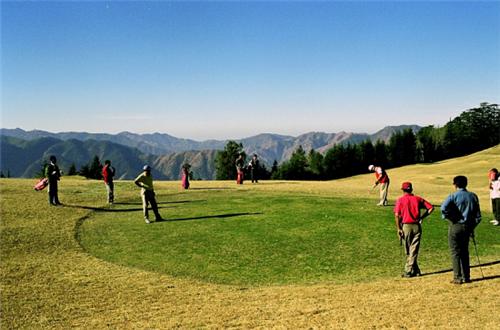 Some resorts and hotels have their own mini-golf courses for the guests inside the resort compounds. The best season for playing golf is from April to October.

Football is favorite game with people all over Shimla. Like the other games, the city has a long history in football. In 1888, the Durand Cup, the oldest football tournament in India and the third oldest football tournament in world was started in Shimla. The tournament was started and organized by Sir Mortimer Durand, who was then Foreign Secretary of India. He started the tournament basically as the recreation sport for British army, which was stationed in India.

The first tournament was won by Royal Scots Fusiliers who defeated Highland Light Infantry with the score, 2-1. The tournament has had a continuous run since then, except twice, when it was suspended during 2 world wars.  In 1940, the traditional venue of the tournament shifted from Dagshai, Shimla to New Delhi. 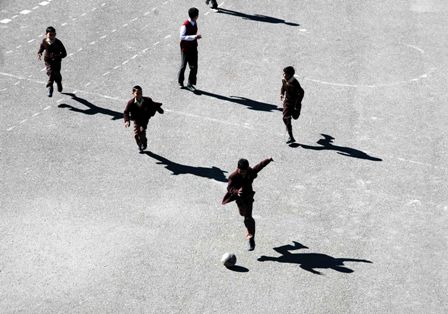 Shimla Young, one of the popular football clubs today started its journey in Shimla. In 1936, the club started in Shimla and moved to Delhi in 1938. Today, it is one of the prominent professional football clubs, which regularly plays in various tournaments.

In addition to that, football is very popular in Shimla and played by lot of people and students for recreation and competitive purpose. The schools and colleges in Shimla have their football team, which plays in competitive football. 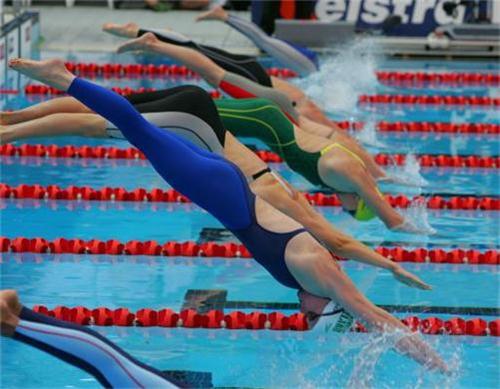 Shimla has one of strongest school and college team, which wins lot of prizes in regional and national swimming championships.

The school and college teams regularly compete in regional and national championship and win prizes in all categories regularly.

Martial Arts is widely practiced and taught in Shimla. There are many organizations, which provide training in Martial arts for the children and adults. The govt. is conducting regular classes for the girls and ladies in the evening and on the holidays. The idea behind it was that they should be able to defend themselves against any attack anywhere and anytime. 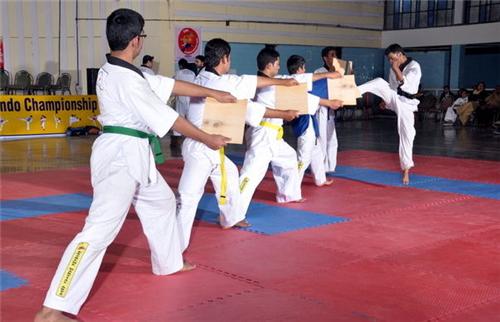 Now, most of the girls have been practicing the martial arts as a competitive sport and they regularly participate in different tournaments. 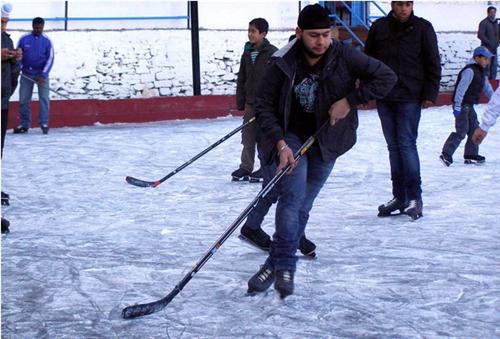 The national team of ice hockey, practices in Shimla and is taking part in international competitions since 2009. One of the oldest ice hockey clubs, the Shimla Ice skating club plays an important part in the promotion of ice hockey. Netaji Subhash High Altitude Training Centre has the distinction of having the highest ice hockey ground in the country.

Other Sports in Shimla

Shimla is also home to various other games such as Polo, the royal game. One of the sports which trace its origin to British era is known as Sticke. It is a game which is played in courts and is a form of racquet ball game. Today, there are only three courts where this game is played in world. One of them is in Shimla and the other two are in UK. There are only sixty players who play this game all over the world.