Hockey is India’s national game. Before independence and after the independence, India has earned lot of fame and gold medals in various tournaments and the Olympics. But, with the passing of the time, most of the other countries and players adopted new techniques and new technology such as synthetic turfs to earn kudos in this game. In contrast, the glory of Indian Hockey has remained forgotten in the pages of the history.

The repeated failures in the other countries convinced the Indian Hockey Association to conduct study about the reasons of the failure in the tournaments. The study found that among other issues, the players were not used to the astro turf of the hockey stadiums abroad and the high attitude conditions. To remedy these issues, the Association decided to construct a high attitude astro-turf hockey stadium for the player’s practice. The Shilaroo hockey stadium is the result, which cost over Rs.3.5 crore. 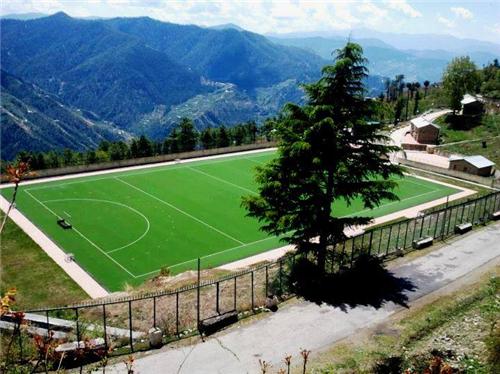 Most of the people have criticized the decision of constructing stadium at so high attitude level from the sea, where the temperature remains frozen for six months in a year. But, the fraternity of the hockey players, including the three times Olympian hockey player, Mr. Pargat Singh has welcomed the decision saying that a longtime demand of the players is being fulfilled. He further said that the training and practicing hockey at Shilaroo hockey stadium will help the players to acclimatize with high attitude conditions, which are present in other countries.

About the Shilaroo Hockey Stadium

Known as the highest hockey stadium in the country, Shilaroo Hockey Stadium is located at 8000 m attitude at Shilaroo. Shilaroo is just 50 km away from the city of Shimla along the highway which connects the Kinnaur with Shimla. The construction of the hockey stadium started in August 2009 and was completed in 2010 with the synthetic turf. It was inaugurated in May 2010 and was opened for the hockey practice. The hockey stadium is located at the Netaji Subhash High Altitude Training Centre, which is administrated by the Sports Authority of India. Apart from the Hockey Stadium, the Training Centre also provides facilities for many other games. 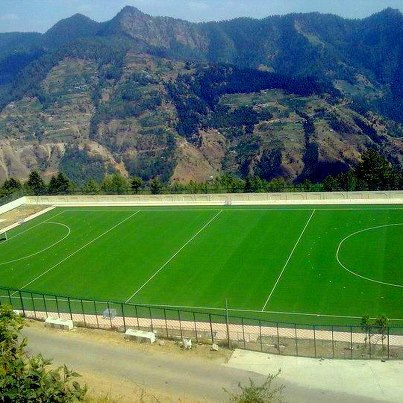 The width and the length of the hockey field is 60 m wide and 98 m long, which is covered by the synthetic turf. Whenever there is any international hockey tournament abroad, the SAI sends the selected hockey team to Shilaroo hockey stadium for 15 or 20 days camp. During this camp, the players stay together in the sports campus and acclimatize themselves to playing at the high attitude conditions and the synthetic turf.

When asked, most of the people are not able to define the high attitude conditions as pertaining to the sports. The quality of the oxygen is very thick in air at the sea level plains. As the high attitudes increases, the quantity of the air starts thinning, so the quality of the oxygen. The players who stay on the sea level all year around have issues breathing, when they visit high attitude level places. This saps the stamina of the players to continue to breathe normally, while playing. As the players of other countries have already acclimatized with the conditions, they already have the upper hand in the field. 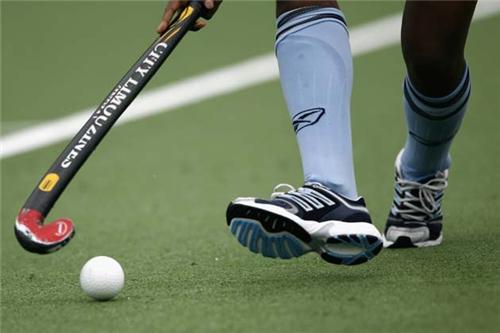 As most of the hockey tournaments are conducted on high attitudes in western countries, it is no wonder that Indian hockey players are at disadvantage. When you add the problem of adapting to synthetic turf, the problem becomes very clear.

It can be defined as training which is conducted on high attitude location, with an idea to acclimatize the players to this attitude. After one or two days, when the player has acclimatized to the high attitude condition and the thin air, he can start practicing the moves of the hockey game. The main idea behind this is to provide the hockey players a similar level as per the players of other countries in the tournaments. This idea has been fulfilled due to the establishment of the highest hockey stadium at the Shilaroo.

During the hockey camp, the sports complex, where the stadium is located provides the residential and the other facilities to the hockey players. The sports complex provides separate residential hostels for the men and women. The rooms have attached toilets and the bathrooms. The dining halls are located on the ground floor, where all meals are provided on time for the players. The complex also has recreational halls and big lounge which is attached to the dining hall. 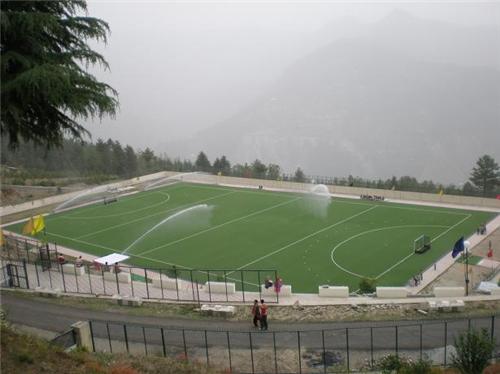 Shilaroo Hockey Stadium has the distinction of the highest hockey stadium in the country which also has synthetic turf. It is located at the Netaji Subhash High Altitude Training Centre Sports Complex at Shilaroo, Shimla. The national and international sportspersons who are chosen by the national associations to represent the country stay in the sports complex. They practice their sports for the preparation of the international tournaments