Shimla is often known as the Queen of the hills. One reason is the fact that it is surrounded by Seven Hills. These seven hills or sisters as called by various writers are the important part of the Shimla. After defeating Gurkhas, the British rulers acquired these hills and constructed the city of Shimla. They routinely transferred their capital every summer to Shimla. Also, they constructed various office buildings and various residences for the senior and junior officials in Shimla.

Today, these seven sisters or hills keep the heritage of Shimla in safe condition. In this article, we have given the account of the seven hills and their importance in Shimla heritage:

This hill is located in western part of Shimla city. It is located at the high attitude of 2200 meters, from the sea level. It is one of the most popular religious destinations, which has Kamna Devi’s Temple at the top. Most of the people believe that if they walk and complete the arduous journey to the top of the hill, the goddess gives her blessing. The temple also provides a glorious view. It comprises of the dense deodar forest, surrounding hills and the toy train which is running to and fro from the Tara Devi. 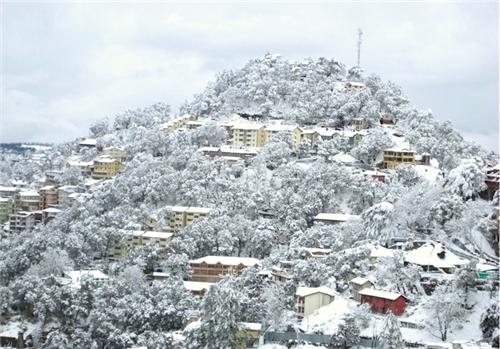 This hill is an ideal paradise for the photographers, bird watchers, nature lovers and the trekkers.

Summer Hill is one of the suburbs which are located in western part of the city. It is located at the high attitude of 6500 feet above the sea level. This place is located just 5 km away from the center of the city. It is also one of the stations for the Kalka Shimla toy train.  Some prominent personalities such as Mahatma Gandhi and Princess Amrit Kaur stayed in this area, when they visited Shimla.

Observatory hill is located in the western part of Shimla. The height of the hill has the high attitude of 7050 feet from the sea level. Today, it houses the IIAS, Indian institute of Advanced Study which is one of the tourist attractions. The building was constructed in 1884 to the 1888 for the Viceroy of India, Lord Dufferin’s summer residence. The architect of this building was Henry Irwin. After that, the subsequent Viceroys ruled India in summers from this building. The main historic event was the Shimla Conference in 1945. In 1947, the decision of the Partition of India was taken from this building. 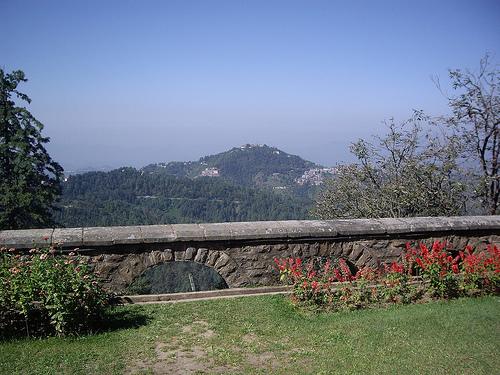 Inverarm Hill is located in the western part of the Shimla. The main sightseeing spot on the inverarm hill is the State Museum and the Bird Park. The aviary has lot of different birds which also includes the resplendent Himalayan Monal, which also the State Bird of Himachal Pradesh. The State Museum is very popular with the tourists and the visitors. It displays the history, culture and the heritage of the Himachal Pradesh. Most of the people visit the State Museum every day by traveling in cars and the cabs. But, the adventurous people prefer trekking to this panoramic hill through the forest which has the birds, butterflies, flowers and trees.

Bantony Hill is located in the central heart of Shimla city. This hill was named after the Lord Bantony. Bantony Castle, which is a major landmark of Shimla, is located on the Bantony Hill. Lord Bantony built this castle as his summer residence. But after independence, the castle was used as the office for the city railway board. After some time, the building was declared as the unsafe and today, the deserted castle is in ruins. It has been declared as the impermissible property. 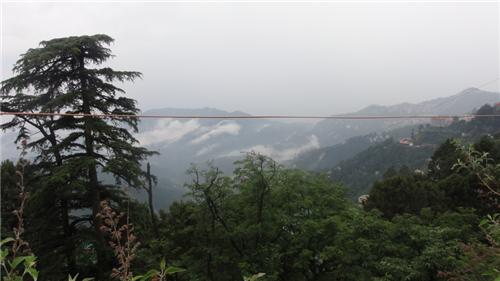 Apart from the castle ruins, the Bantony hill also has a Central Government’s guest house which is known as the Grand hotel.

Known as the highest point of Shimla, Jakoo hill is located in western part of the Shimla city. It is located at the high attitude of the 8048 feet from sea level. This hill is located just 2 kilometers from the centre of the city. The main attraction of the Jakoo Hill is the ancient temple of the Lord Hanuman, the Jakhoo Temple. You can also see the best sunrise and the sunset from the temple. For reaching the temple, you have to climb 300 meters, which goes through the pine and deodar forests.

Elysium Hill is located at the north western part of Shimla. It height of the hill is 7400 feet from the sea level. It reaches out towards the Shim Ridge of the Bharari Spur. This part of the Shimla has the Longwood and the Auckland House. You should visit Elysium Hill to see the view of Shimla city, which is spread down below in the valley. You will pass the Auckland House, when you are going to Lakkar Bazar. When you are trekking to the Elysium Hill, you will pass the villages of Kamiana and the Pabo.

Explore more about Geography of Shimla