Festival of Sair in Shimla 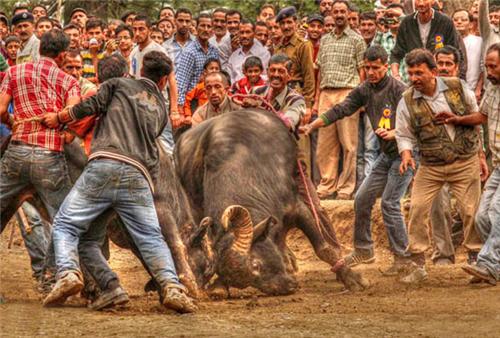 Shimla has earned a special status for itself not only for being the state capital but for many other reasons as well. The unmatched scenic beauty of this hill area keeps visitors mesmerized during every season. Throughout the year, Shimla Calendar is filled with numerous festivals and events that make it a favorite destination for visitors.

Many of these festivals and fairs are traditional ones which had stated ages before and had been patronized by the then rulers of Shimla and surrounding areas. The rituals and practices of these festivals are observed almost the same way it used to happen years before. Shimla Sair Festival is one-of-its-kinds festival that has earned fame not only in our country but outside the country as well.

Sair Festival of Shimla is one of those festivals through which traditional customs and rituals of India get glorified. Though the festival gets celebrated for many years it has been greatly influenced by the Western Festivals or practices. India has been invaded by many foreign invaders like Alexander the Great, Ibrahim Lodhi , Babur and others from time to time.

The practices and rituals those were quite prevalent in the societies of countries of those invaders had greatly influenced Indian people and the society of that time. Sair Festival in Shimla clearly showcases the influence of Bull Fight that is quite popular in many western countries. This festival actually reflects the amalgamation of India social rituals and the western customs and has created its own signature mark that attracts thousands of spectators from all over the state as well as the country. 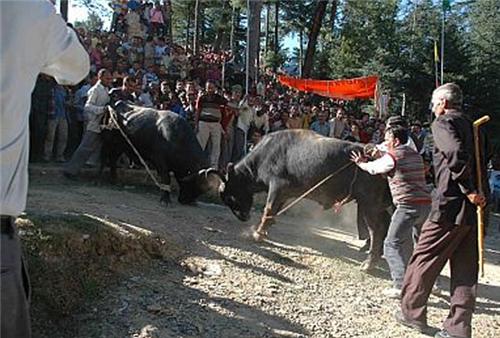 During Sair Festival, Buffalo fights are held which will definitely remind one about the famous Bull Fights that used to be very popular in Athens during ancient days.

Execution of the Sair Festival

Sair Festival in Shimla, one of the most gorgeous traditional festivals of this hilly region has similarity as well as dissimilarity with the “Bull Fight” event that used to be very common in Athens in the ancient days. The similarity is that in both the events, fight between bulls happen. In Athens, common men did not have entry to the Bull Fight as it was only reserved for the Elite class people.

In Sair Festival Shimla, common men can enjoy the fight between the beasts by paying very nominal charge. The organizers of this fair ensure that common people from all over Shimla, its surrounding places as well as tourists who come to these places during the festival time could enjoy this wonderful spectacle at a reasonable price.

Other Events During Sair Festival Shimla

During this festival, fairs are arranged in the surrounding areas of the buffalo fight ground. Various stalls of food items and local goods are set up. In these stalls, pottery items, utensils, garments, toys, jewelry items and many other types of accessories are kept so that spectators can buy and sell good during the festival. Many cultural programs are also organized where dances, music, plays and other programs are performed by the local artists and artists who come from far off.

Like any other traditional fair or festival of India, Sair Festival in Shimla is the one that still bears the tradition and rituals of ancient India. The Festival ground becomes a place where local people meet each other and exchange their views. For the tourists, the fair is a great way to feel the society of Shimla.

People from all castes and religions come here and meet each other and have wonderful experience by exchanging their ideas and various types of goods. People dress up in colorful traditional clothes and jewelries when they come to this fair. The unique festival of Sair is a source of rejuvenation and entertainment.

Explore more about Culture of Shimla