Globally known as the “Queen of the Hill Stations”, Shimla hosts many temples and churches. There are monastery and other religious places in Shimla. Devotees keep coming to these places from the local areas as well as when they come to Shimla. Though majority of people residing in Shimla are the followers of Hindu religion but the place has amalgamation of different other religion. Not only temples but churches, monasteries, gurudwaras and mosques are also present in Shimla. Religious places in Shimla are the places where people come to offer their prayers and get to know and feel the ultimate meanings of divinity. 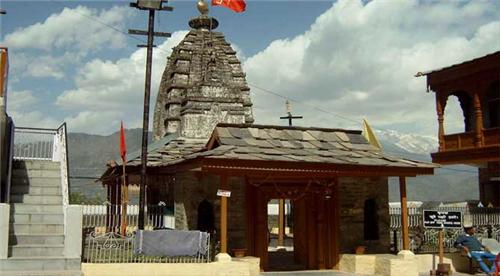 Apart from paying reverence to their own God and Goddess, devotees get peace of mind when they visit these places regularly or during special festivals.  Himachal Pradesh is also known as Land of Gods or “Dev Bhoomi” and when you visit these religious places of Shimla you get to know about the traditions and rituals of a particular religion and also get to see the glimpse of spiritual faith and undying belief that is prevailing in India in this contemporary  world.

Shimla has majority of people following Hinduism and thus the town is full of temples. Apart from regular worshippers, these temples are visited by tourists when they come to Shimla. These religious places have become important tourist attractions for Indians and for the overseas tourists too.

The six-storied holy building, Anand Vilas is dedicated to the holy person Sri Satya Sai Baba.  One Dining Hall, one hall for prayers and landscaped garden is present within the building premise. The upper 4 floors of this holy abode of Lord Sai Baba are used for residential purport of Sai Baba. The Anand Vilas building is located on National Highway 22 and has a residential school for the children.  The “Art is Values” school within the premise of Anand Vilas Simla is attented by numerous students.  Anand Vilas has become one of the most visited spots of Shimla by the devotees and tourists.  The driving distance between Anand Vilas Building and Shimla Town is about 14 km.

This famous shrine of Shimla is dedicated to Goddess Kali who is also known by the name “Shyamala”. From this name Shyamala,  Shimla has got its name originated. Many locals and tourists come to this temple during the Navratri Festival every year. The temple is located on the Kali Bari Road. The driving distance between Kali Bari Temple and Shimla Town is about 1.6 km. 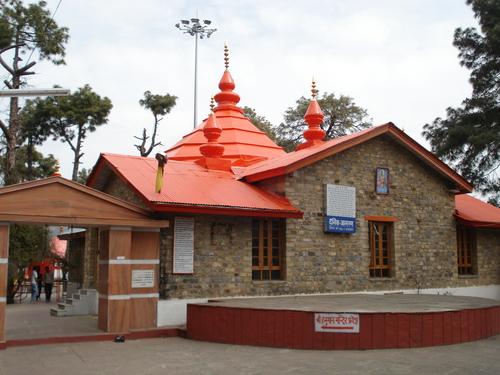 Dedicated to Lord Hanuman, who is known to take away to take away all our worried in life, Sankat Mochan Temple in Shimla is another important religious place for Hindus. The temple is situated at a height of 1975 m on the top of a hill. The temple is nestled among lush green surroundings and visitors could get to enjoy the peaceful surroundings. Lots of ceremonies like marriages and other social functions are arranged here and every Sunday, Langar is organized at this temple premise. Located on the National Highway 22, the driving distance of this temple from Shimla is about 5.2 km.

Located about 11 km away from Shimla, Tara Devi Temple in Shimla is dedicated to Goddess Tara, another form of Goddess Kali. The temple is located on the top of a hill on the National Highway No. 22. Nestled among the lush green surroundings and serene environment, visit to this temple will surely refresh your body and mind and would provide you with the ultimate spirituality. The temple is about 250 years old and was built by one of the rulers of Sen Dynasty of Bengal.

Bhim Kali Temple is one of the 51 Shakti Peeths of Hindus. The temple is located at Sarahan about 180 km away from Shimla. The temple has the architecture that is the combination of Hindu and Buddhist styles. The construction of this temple is done with wood.  According to the legend, the ear of Devi Sati fell here after Lord Shiva carried Devi Sati’s body after Daksha Yajna.  Three more temples are there within this temple premise and they are dedicated to Lord Narshingha, Lord Raghunath and Patal Bhairav.

Located at an altitude of 1455 m, Jakhu Temple is located on the Jakhu Hill. The temple is dedicated to Lord Hanuman and has a legend associated with it. It is said that the temple has been built on a hill that has the footprints of Lord Hanuman. Tourists and devotees come here in great numbers and they have to trek about 2 km way through the dense pine forest to reach the temple premise.  Visitors can enjoy bird’s eye view of Shimla and the Ridge from here.

Shimla has been inhabited by many British during British Rule in India and churches were built so that they could have a place of worship.  The most important churches are the Christ Church and St. Michael’s Church. 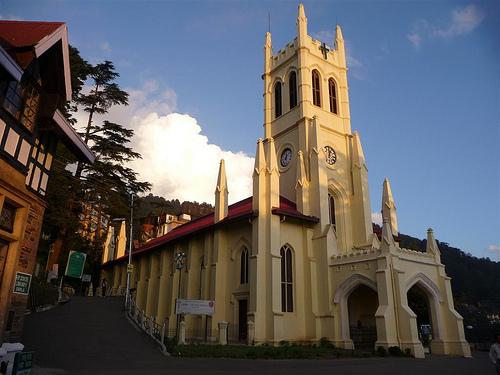 The church is located near the Ridge and is built using brick in lime mortar and stone. Colonel J.T. Boileau had supervised the construction of the church and it followed neo-Gothic style. This church is not only an important place of worship for the locals but has become an important tourist spots and is visited by them for its cultural and heritage value. The stained glass windows of this church makes it look wonderful thus attracts many tourists towards it.  The Church is only 3.5 km driving distance from the center of Shimla.

This is one of the ancient churches in Shimla located at the heart of the town. The architecture of this church follows French-Gothic Style. The outer area of this cathedral is made of grey stone and at a time about 400 people can sit here. This church has a statue of Lady of Guadalupe at it entrance. St. Michael’s Cathedral is believed to be one of the well-built churches of India. The statue makes the sight wonderful at night when all the corners of this cathedral get lighted up. The church is about 4.5 km away from the center of the town.

Old Mosque in Shimla is a popular place of worship for the Muslims residing in Shimla.  The mosque is situated at an area between the Lower Bazaar and the Mall. This mosque is visited by the tourists for its architectural excellence. 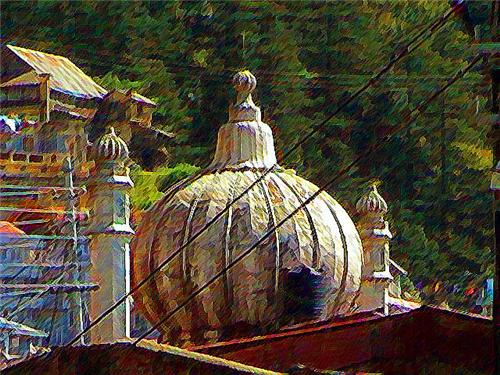 During your visit you would get peace of mind and get to know about the rituals practiced here.

A famous place of worship for the Sikhs of Shimla, this Gurudwara is visited by the tourists also. Regular langar is organized at this Gurudwara and during festivals like Baishaki, Lohri and the birthdays of Sikh Gurus, the gurudwara premise is decorated beautifully with lights which is sight to behold.

Dorje Drag Monastery is a monastery that is run by Tibetan refugees and is a Nyingma Monastery. In this monastery about 100 monks reside. It is located at Kasumpti Shimla. It is about 6.5 km away from Shimla located on the National Highway 22. It is convenient for the tourists to reach here hiring taxi or a cab. There are private buses and HPSTC buses available too.  Many good hotels along with basic amenities are available near this monastery. The Dorje Drag Monastery itself has accommodation available at reasonable price.  During the communist attack in Tibet, the original monastery in Tibet was destroyed and this monastery in Shimla has been constructed keeping the design and style of the monastery same as the original monastery. 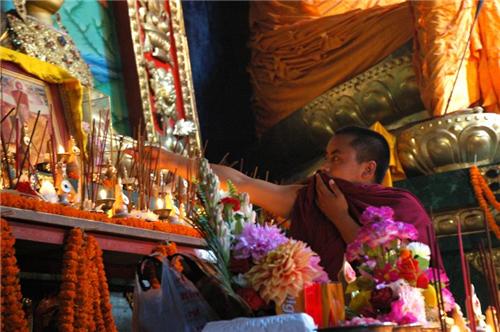 This monastery was built in the year 1963 and is located at Sanjauli. Good hotels with all basic amenities and many home stays are also available in the near vicinity of this monastery. The monastery is about 9.6 km away from Shimla and located on the National Highway 22. This monastery provides education and shelter to the poor children. About 100 monks and 300 students reside in this monastery.  There are class rooms, meditation hall, dispensary, kitchen and other basic facilities within the monastery.