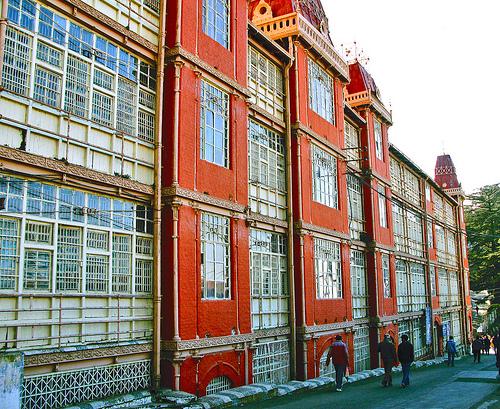 During their ruling period, the British architects designed and constructed many buildings in Shimla to accommodate different departments. These buildings were very sturdy, as the primary concern of the British was the safety and security from the natural disasters. One of the finest examples of this architecture is the Railway Board Building in city of Shimla near the Mall.

The building is located near Mall Road and the Summer Hill. Today, this building provides accommodation for various offices of the Central Govt., such as Passport Office. Today, also it provides an example for the students of architecture and the IITs for its fire resistant and security features.

About Railway Board Building

The building was built in 1896 to 1897. Before that, there were two residences on this land which were known as the Low Ville and Herbert House. Afterwards, the govt. provided accommodation for the Public Works Depts. in the residences. Then, the residences were transferred to accommodate the Commerce and Railway Board department. Finally, everything was demolished and the Railway Board Building was constructed. 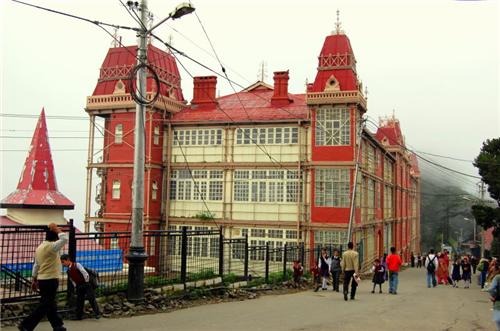 The construction firm, which constructed this building, was from Bombay or today’s Mumbai. The company’s name was Richardson and Cruddas, who built this building in 1896 to 1897 at the cost of then Rs. 4,08,476/-, which is an astronomical sum in today’s value.

The Railway Board building has been cast as the iron and the steel structure. This is because the British rulers were concerned with security and fire resistant features in their important buildings. This building has the four storeys from the road side and the other has three below storey’s, which has separate entrance from the other side. When you climb up the floors, you will find the artistic and beautiful iron stairs, which provide a touch of “Raj Mahal”. The building received its name from Railway Board, which was provided the accommodation in this building in 1923. The fire resistant quality of the building was demonstrated in 2001, when a fire struck on the top floor of the building. The blaze was controlled quickly and it could not harm the original features of the architecture.

Today, also the building provides the accommodation for the various Central Govt. offices such as the Passport Office. It is cited as the one of finest and sturdy example of the architecture for the students of the reputed architectural collages and the IITs in India.

How to Reach Railway Board Building

Railway Board building was one of the govt. buildings, which were erected to accommodate the govt. departments. It is the best example of the British Colonial architecture in Shimla. The railway board is located near the Mall road, when go down to the school areas. Today, it is very easy to visit the building from all parts of the Shimla city. There are many types of transportation which you can use for visiting the Building such as the private cabs, taxis, private and public buses.

The Railway Board building has provided the accommodation for many Central Govt. depts., such as Passport Dept. for Himachal Pradesh. Due to this fact, the tourists and the visitors can visit the building all through the year excluding the national holidays and the weekends. They can also take the videos and the photos with the camera. There are some hotels and the restaurants nearby, where you can get the food and beverage at any time.

Accommodation Near Railway Board Building

The Railway Board Building is located near the Mall, at the center of the city. So, you have lot of options when it comes to stay near the location. The choice of the hotels ranges from the budget to the luxurious stay as per your choice. If you want to enjoy the local culture, you can also stay as the guest with local people at the economic rate. The stay includes the food of your choice.