Shimla has been discovered by the British Rulers in India and that is why this city has a rich cultural heritage. The city houses many colonial structures and many of them are declared as the heritage sites. Tourists get to know about the city visiting these places but the best way to know and feel the rich history of Shimla city is to step into the various museums of Shimla. Shimla has the State Museum, Army Museum and the Rail Museum. Each of these museums has lots to enrich the visitors about the city of Shimla and also about our country. 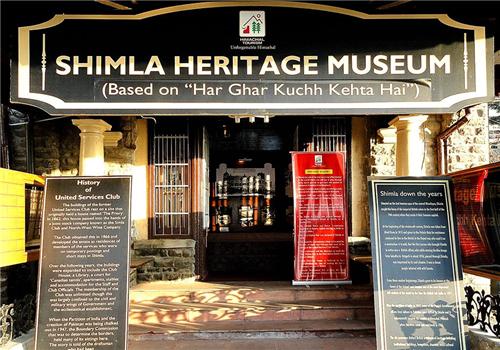 Valuable manuscripts, coins, weapons and many other exhibits are kept in these museums of Shimla which have become must-visit places for the tourists and the locals too.  Journey to these museums of Shimla take the visitors through an enjoyable journey of past and present so that they could get to know about the country, its people, its culture and tradition better. Museums do have valuable collections of books and manuscripts to help historians and researchers in their work.

The museum is divided into various sections and tourists get in depth information about the various regiments of Indian Army. Lives of the great warriors of India right from the yesteryears to the post independence era have been described here in this museum. People would feel motivated to know about great Indian Warriors like Tipu Sultan, Rani Laxmibai, Chattrapati Shivaji, and the post-independent generals and marshals of Indian Army. 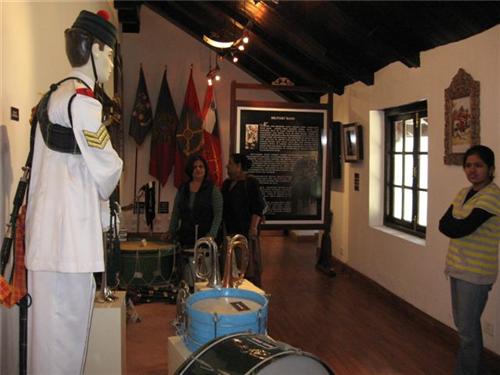 The surrender letter of Pakistan during the war of 1971 along with the Pakistani Flag is showcased here in this museum. There is a separate section about the evolution of arms and weapons. This section showcase weapons that were used in various battles fought in our country right from the ancient time to the most recent wars. Right from the use of bow and arrow to the most modernized ones, all types of ammunition and weapons record are kept here. There is a separate section for showing the Army Uniforms. Many medals displayed here are the gifts that the Royal Nepal Army gifted to the Indian Army. This museum is surely going to motivate the youngsters to join the Indian Army and all visitors feel inspired to do something for the motherland.

Location: Annandale,
Near The Ridge,
Shimla
Remains Open: All days of the week except Monday and public holidays.
Visiting Hours: 10 am to 2 pm then 3 pm to 5 pm. During summers, the time is till 4 pm. 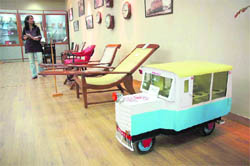 Located near the Inter State Bus Terminus, the railway museum is Shimla is also known as Baba Bhalku Rail Museum as it was dedicated to the local monk Sage Valku. During the construction of the railway line between Kalka and Shimla, there had been some problems regarding alignment. These problems led to death of Mr. Barog, who committed suicide when fined by then British authorities. Then Mr. H.S. Harrington got the charge of the construction of this tunnel and had faced the similar problems.

It was the local monk Baba Bhalku who helped Mr. Harraington in doing his survey properly and ultimately the tunnel was constructed. The Kalka-Shimla Railway Line is one of the three World Heritage Railway Lines of India.

Location: Near ISBT Shimla
Remains Open: All Days of the week except Monday and public holidays
Timings: From 9:30 am to 5:30 pm

Located at the strategic location of the Shimla City, the railway station, The Himachal State Museum Shimla is only 1 km away from the city. This is one of the most popular tourist places of Shimla where thousands of footfalls are there every year. The museum was established in 1974 and has been able to fulfill the dream with which it was established. The State Museum Shimla was established aiming at preserving the history, culture and tradition of Shimla the best way so that every visitor stepping into this museum house would have an enticing historical journey. 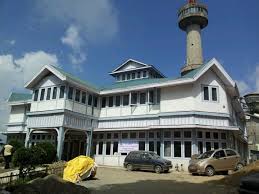 Manuscripts & books of ancient time, Miniature Paintings depicting the native life of Shimla and other places, various handicraft items and many other historical and archaeological items are here on display. A separate section showcasing all types of Himachali Dolls and toys is a popular attraction in this museum especially for the kids. Separate galleries for coins, costumes and jewelries are there in this museum making it one of the must-visit places during Shimla Tour.

Location: Near Shimla Railway Station
Remains Open:  All days of the week except Monday or State Holidays
Timings: 10 am to 5 om
Entrance Fees: Rs 10 for Indian Citizens;
Rs. 50 / foreigner

This museum is a must visit if you really want to know about the history of Shimla duiring the British Rule. The British Rulers have left behind a number of admirable architectures in Shimla. The Shimla Heritage Museum is the best way to recall the history and let the tourists know about the actual Shimla of 1800s. In this museum you can see rare paintings, sketches and pictures which will take you to a real historical tour. Most of the buildings those are showcased in a form of paintings or sketches at this museum are now a proud part of Shimla's heritage. 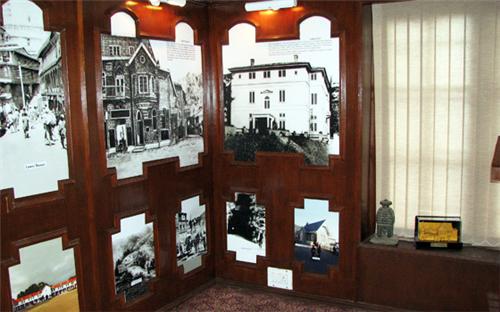 Some of the rare pictures those you can see here include:
To enjoy this wonderful journey though the history you can visit the Shimla Heritage Museum near Lift everyday between 10 am to 8 pm.