Mountain cycling or biking is an adventure sport, which means riding on off-road and on the rough terrain by using the especially custom designed mountain bikes. The mountain bike is normal cycle machine, but which has been incorporated with the special features for enhancing the performance and durability in the rough areas. Mountain cycling can be further divided into several categories such as trail riding, cross country, freeride, downhill, all mountain, dirt jumping, slope-style and the trials. Most of the people enjoy cross country and enduro categories. 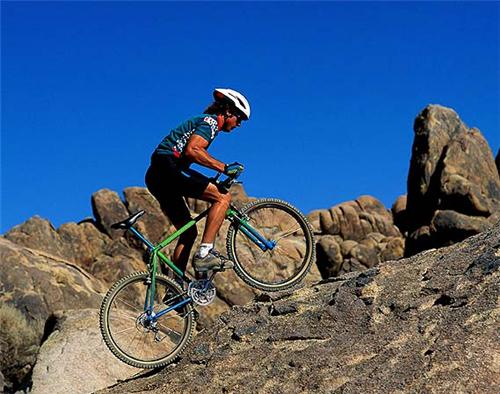 Some aspects of the mountain biking are similar to the trail running. The mountain biking riders normally carry a backpack which includes the water bladder and some necessary tools and the equipments. The tools and equipments are essential for trailside repairs. Some riders also carry the emergency supplies, as they are normally very far from the medical help. The rider also learns to be self-reliant, as they may get stranded miles away from the civilization.

It is very common to pursue mountain biking in a group, whether it is a small trek or long.

About Mountain Cycling in Shimla 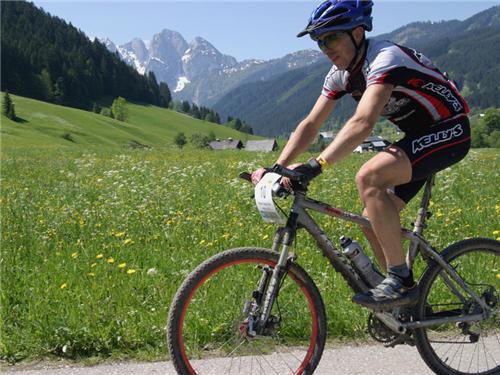 Mountain cycling has become very popular in a very short time. For mountain cycling, you need a special bike which will allow you to transverse the small roads along the vast areas of mountains. It also requires the stamina, mind and muscle on the part of biker. The best season to pedal in the hills of Himalayas is from first week of June to the first week of November when snowfall begins in the valley.

Some of the Mountain Cycling Routes

The best route for mountain cycling is the Leh-Manali road which links the Ladakh to the tourist town and 475 km long. This road is very tough and the pressure on cyclist is very intense. This is due to the fact that cyclist has to travel through the cold desert of Ladakh, Spiti and Lauhaul. As per the travel agent, this expedition lasts for the 14 days. It also includes 3 days for acclimatization of the attitude of the place. The travel agents provide the complete kit to the cyclists for the expedition. 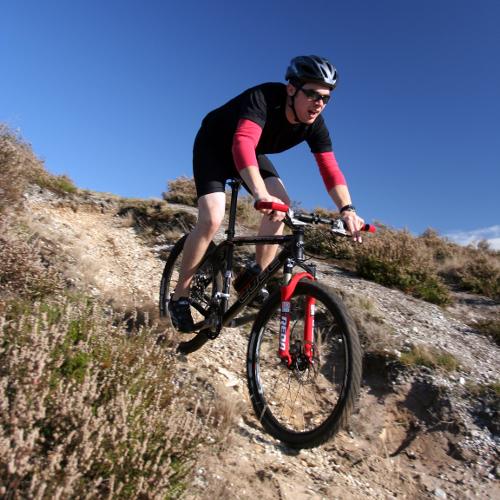 If you are a newcomer or you want to enjoy mountain cycling with your family, there are some best cycling spots near Shimla. The hills which surround Narkanda and Kasauli are the best cycling spots. In Narkanda, you can rent the mountain bikes at Hatu Hotel.

If you are experienced and want to test your skill and endurance, the slopes of Jalori Pass at Kullu are the best in world. The 320 km long route from Shimla to Kaza which includes Rekong Peo and Sumdoh provides lot of excitement with different types of slopes. They include the tough, mild and extremely tough, that is rugged slopes. But, this route is strictly used by the professionals who ride titanium carbon fiber riding bikes.

Contribution of MTB towards Mountain Cycling

The MTB Himachal organizes the mountain bike race for every category such as men solo, women solo etc. near Shimla since 2005. The race covers 500 km in 9 days in different terrains. This race is jointly organized jointly by International Mountain Bicycling Association and the MTB Himachal every year since the start of the event. The participants come from all over the world such as Germany, US, Nepal, India and Bhutan. This race is so tough that in 9 years more than 500 people have participated, but only 42 people have finished the complete race. 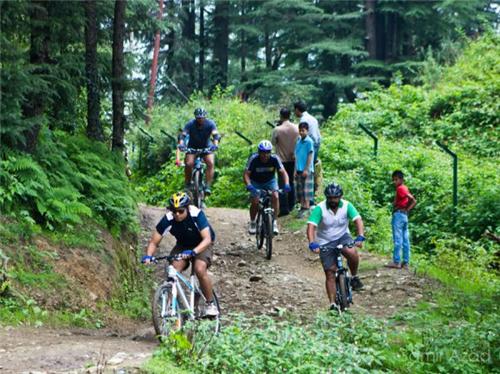 Since 2005, the route of first five races was from Shimla to the Manali. But since 2010, the route has been changed. It follows a loop, starting from Shimla and ends at Shimla. The route of the race passes from various districts such as Shimla, Mandi and Kullu Districts.