Formerly Shimla was the summer capital of the British India and still it has many edifices showcasing the rich history and culture of India. Colonial structures like residential places, museums, libraries etc. And many items belonging to British Era kept in the museums of Shimla help the visitors of the present time to rediscover the city with a difference.

Monuments are plenty in numbers in Shimla and each one of them has a colorful history behind it. 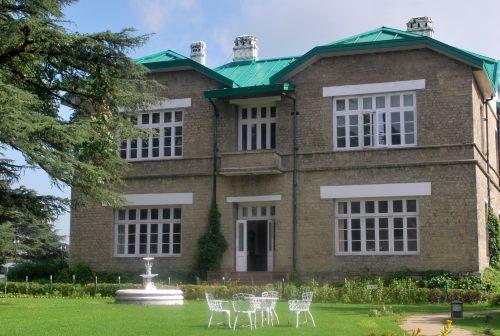 Christ Church, Gaiety Theater, Vice Regal Lodge, The Palace of Maharaja of Patiala are some of the famous monuments of Shimla that not only boast their architectural marvel but enrich the visitors with the past.

Located at the center of the Shimla City, this famous theater hall was constructed more than 120 years back. This is one of the oldest centers of culture in the country. Its Victorian Architecture attracts many tourists towards it. The complex houses a museum, a conference hall, multi-purpose theater, amphitheater and a very old theater. Many types of cultural performances take place in these theaters. The visitors could get to know about the evolution of the art & culture of Shimla City when they look into the displays of the museum. 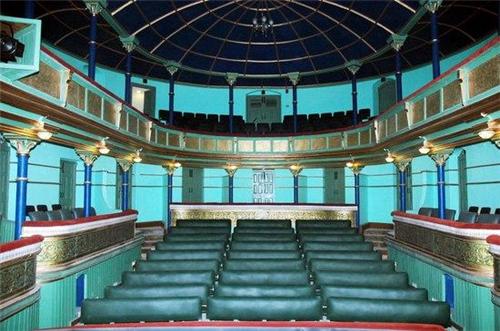 Among many religious places located in Shimla, Gurudwara Sahib is a famous one. It is one of the oldest religious monuments of Shimla and showcases its uniqueness. Though it is not a very big monument but it is visited by many for its unique architecture. Gurudwara Sahib is mounted on the Pandhawa Hillocks. The color of the Gurudwara is yellow has it has sprawling lawn in front of the Gurudwara. The construction of this Gurudwara is somewhat similar to the Goa Churches and it still carries the past cultural glory.

One of the buildings of the British Era in Shimla, the Town Hall showcases architectural splendor. Located at the heart of the city, The Mall Ro ad, this monument is a place worth to visit. There is also a library within the town hall that attracts visitors for its rich collection.

This monument of Shimla showcase wonderful collection that it has inside it and it gets appreciated for its architectural excellence. The building is situated on the Mall Road and it depicts all the features of ancient structural craftsmanship. 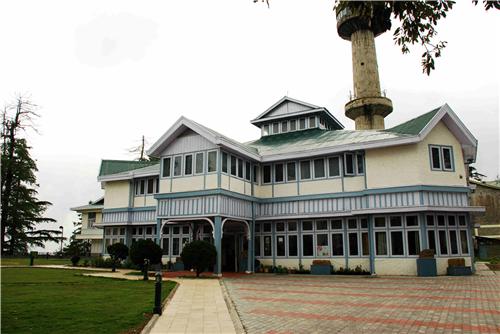 The museum has wonderful collections of manuscripts, books, handcrafts, coins, paintings and many other items making it one of the most sought after places of Shimla.

Nicknamed as “Rastrapati Bhavan”, this spectacular monument of Shimla City still carries the look and feel of the colonial Shimla. Under the guidance of Lord Dufferin, the viceroy of India, this building was constructed in 1888. The architecture of this building is based on Jacobethan style. This style became popular during the Renaissance Period in England. The building houses a sprawling lawn and numerous plants and trees thus has become the house of many birds and other small creatures.

This castle is one of the best monuments of British India. The architecture is the perfect combination of the English style amalgamated with the Indian Style. There are intricate net works in the balcony of this building. The beautifully done net work is actually the traditional architecture of Rajasthan. Currently being used as the office of the Accountant General, This castle is basically constructed using special “Sanjoli Stones” and then surrounded by blocks of timbers. The roof looks unique as it is made with red colored iron sheets.

Known for its religious importance as well as architectural marvel, the Christ Church in Shimla construction was started in the year 1844 and was finished in 1846. The colored-glass windows of this church on its east are a famous point of attraction of this church. At night when the church is completely illuminated with lights it offers un-parallel view of this place.

Famous as one of the important shrines of Shimla, Tara Devi Temple is not only famous as a religious shrine but is famous as one of the most popular monuments of Shimla. The temple was built by the Maharaja of Bengal, the then ruler of Sen Dynasty, as he got Ma Tara in his dreams. The temple was constructed about 250 years ago. This place offers wonderful view of Mountain peaks and the Shimla city as well.

The location of the The Army Heritage Museum in Shimla is in one of the most popular point of Shimla City, Annandale, near the Ridge. Tourists who get an opportunity to visit this museum would surely get motivated by the collectibles kept here. They have enthralling experience to go through the virtual tour of Indian Army History. The museum is divided into various sections and tourists get in depth information about the various regiments of Indian Army.

Inaugurated in 2011, this museum is also named as the Baba Bhalku Rail Museum Shimla to show respect to a local monk of Shimla , Baba Bhalku. The heritage Shimla-Kalka Railway could be completed because Baba Bhalku had helped the then supervisor of this project, Mr. Harrington who took over the charge after Mr. Barog died before the completion. Baba Bhalku helped the supervisor and his team to find out the proper alignment of the tunnel that was built from two sides.

This age old building is also called Raj Bhavan. In this building, Vidhan Sabha Assemblies are held. The building was constructed in the year 1886 and was designed was done by Lt. Col. H.E.S Abbott during the British Rule. In the year 1967, the building was taken over by the government of Himachal Pradesh and the historical “Shimla Agreement” summit meeting was organized at the Summit Hall of this building. 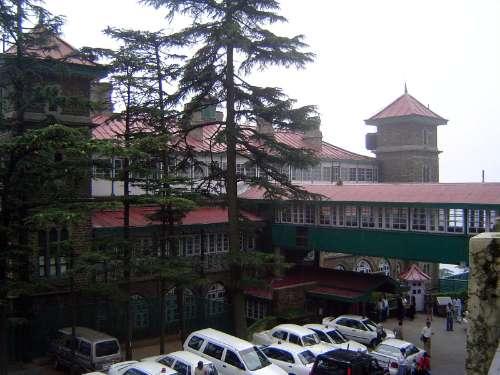 The building houses three floors along with a sub-basement floor.

One of the major tourist attractions of Shimla, this castle still showcase the colonial era of Shimla. It is popularly known as the Rothney Castle Estate of Jakhu Hill, one of the seven hills that make Shimla Hill Station. Visitors could breathe in fresh air and witness lush green surroundings around this castle. This castle is a heritage place and was the residential place of A.O. Hume.

If visitors want to visit one of the finest monuments of Shimla, then Woodville is an ideal one to visit. Woodville was constructed in the year 1865 and is situated in the eastern part of the city. During the British Rule, this building was the residence of Commander-in-Chief. The first resident of this residential place was Sir William Rose Mansfield. The place was later occupied by Raja Rana Sir Bhagat Chand, the ruler of Jubbal and was converted into summer palace.  Right now, the building got transformed into a heritage hotel and is one of the most visited monuments of Shimla.

This age old mansion of Shimla had an important role in the freedom struggle of India as many important leaders like Sardar Patel, Jwaharlal Nehru; Sardar Patel etc. Have stayed here and had their meetings with the Viceroy of India and other authorities of The British India. 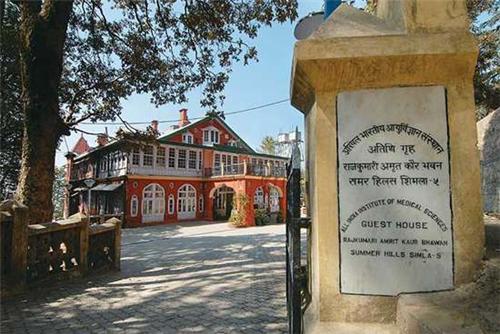 Now this mansion is used as the AIIMS Guest House.

Palace of Maharaja of Patiala

Located at Chail at a height of about 2250 m, this palace of then Maharaja of Patiala is not only famous for offering charming views of the surrounding places but still shows the elegance of the princely state of the British India. The palace was constructed in 1891 and has now been transformed into a heritage hotel. Located about 45 km from Shimla on the National Highway 22, visitors would definitely enjoy deep forests of Cedar and Deodar Trees and snow-clad mountains around. The entire place is spread over 75 acres of space and is a perfect combination of beauty and elegance.