Shimla was the summer capital of British era. So, it is natural that the city is dotted with the British era govt. buildings and other residential buildings. Shimla city also has the historic Visceral Lodge, which served as the residence of the Viceroy of the India. After briefly serving as the Rashrapati Bhavan, today it provides housing to the Indian Institute of Advanced Study. The Gurkhas or the Nepalis have also a place of honor in the British Indian Army, since the inception of the Shimla. Due to this, the British also created a separate regiment for them, which are known as the Gurkha Regiment.

The tradition is also continued till today in the Indian Army. In the British Era, the tribute to the Gurkha loyalty and bravery was given by constructing the Gurkha Gate at the Visceral Lodge.

About the Gurkha Gate

After consolidating their hold on the Himlayan region, the British rulers awarded their loyal allies, such as Gurkhas and govt. of Punjab in various types. The Gurkhas can be defined as the Nepalis soldiers who fought for British Empire’s safety. The then Viscerine, Lady Curzon ordered to build the Gurkha Gate, which was to serve as the main gateway for the Visceral Lodge. The Visceral Lodge served as the residence for the Viceroy of India.

The building of the Gurkha Gate was constructed to honor and as a tribute to the Gurkhas for their loyalty and bravery for safeguarding the British Empire. This building, which is also a memorial, is stone structure which offers an interesting view for the tourists and the visitors. The building also includes the residential houses which house the guards who are guarding the old Visceral Lodge and is made of timber frame. The main structure of the building is made from stones.

How to Reach Gurkha Gate

Gurkha Gate is the main gateway for the old Visceral Lodge and located at the Chaura Maidan Road. It is just 2-3 km away from the Shimla Railway Station. When you reach Shimla Railway Station, you can take the Chaura Maidan Road, which goes to the Summer Hills. The Gurkha Gate is located along with the road. The driving distance to the gate is 2 km. The Shimla Airport is just 20 km away from the Gurkha Gates. The visitors can also take the local cab or taxi to visit the Gurkha Gate. You can also visit this place by bus, which includes the state bus and the HPSTC bus. 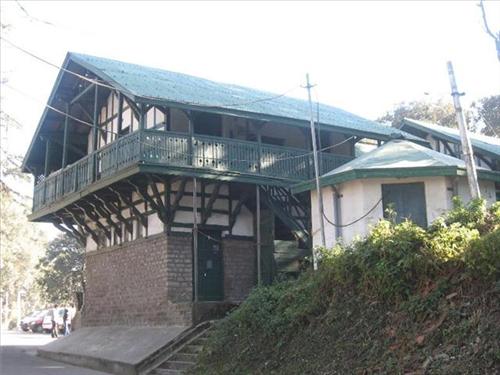 The Gurkha gate is the oldest gateway in Shimla which is located at the old Visceral Lodge or today’s Indian Institute of Advanced Studies. The main gateway of the Lodge, it is open for all the tourists all through the year.  The best time to visit the Gurkha Gate is the months from October to the December and from March to June.

Accommodation near the Gurkha Gate

Gurkha Gate is located near the central place of the city. When you are visiting Shimla, you can stay at the countless hotels and resorts, which are available in every price ranges all through the year. If you are tired of staying in the hotels or resorts, you can also stay with the local people. There are many places, where you can homestay with the local people at very economic rate which also includes the food of your choice.