Shimla prides itself with many colonial buildings and many of them are declared as heritage sites attracting travelers from all over Himachal Pradesh and far off places. These buildings showcase the creativity of the artists and designers of the colonial era. Most of these buildings were built inspired by the Neo-Gothic architecture.

Gorton Castle in Shimla is one such heritage monument that has blending of innovative minds intelligent craftsmanship. This castle was built more than a century ago and is still a popular tourist site of Shimla. This wonderful castle is now getting used as the AG office (Accountant General’s office) of the Himachal Pradesh. 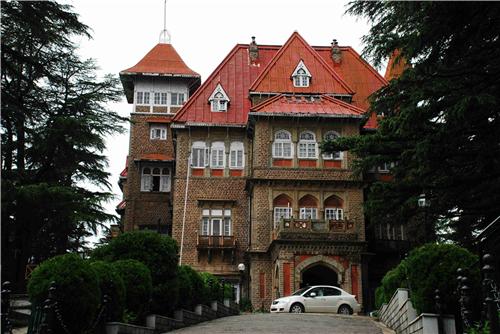 Gorton Castle is located in the heart of the Shimla Town thereby making it easily approachable for the visitors. Not only tourists from far off places but local people keep coming to this site to enjoy a journey through the rich history and heritage of colonial India.

History of Gorton Castle in Shimla

Gorton Castle was constructed in the year 1904. The building was designed by one of the best British architects of that time, Sir Swinton Jacob. The architecture of this castle was inspired by the Neo-Gothic style. Sir Swinton Jacob was working as a consulting engineer in Jaipur. This well known architect and engineer of the colonial India earned fame for his masterpiece architectures that had the blending of Islamic, Hindu and western traditions”. Many important buildings of colonial India such as Albert Hall (Jaipur), Lalgarh Palace (Bikaner), St. Stephen’s College (Delhi) etc. were designed by him. When there was need of a Government Secretariat in their summer capital, Shimla, Swinton Jacob was given the responsibility by Lord Curzon. 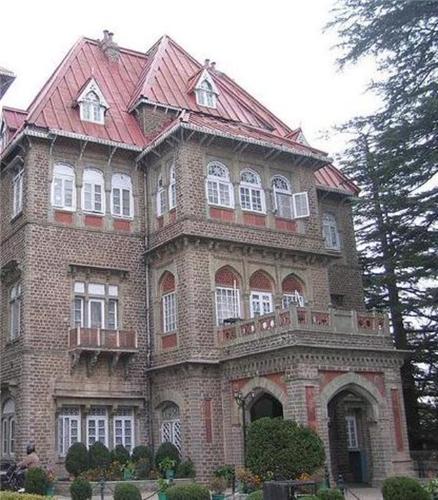 The design was liked a lot by Lord Curzon.  The design of the castle complemented its high location and wonderful surroundings. The land on which the castle was built was originally the place donated for building a hospital.  The castle was named as Gorton Castle after the name of the original owner of this site, Mr. Gorton, an ICS.  The land changed hands thrice and was then purchased by Sir James Walker, a banker, on payment of Rs. 80,000. When the site was taken for building Government Secretariat, he was given another land for hospital construction. The land was acquired by the government for its officials after persuading Sir Walker a lot.

Situated on the top of the hill, Gorton Castle is built over an area that has dimension of 400 ftx100 ft.  The castle has three stories and houses 125 rooms of various sizes. The castle is surrounded by timber blocks mostly of Rosewood. The blocks were bought from Andaman under the supervision of Mr. B. Ribbertrop, Forest Department Head. For constructing the building, grey stones from Sanjauli, Himachal Pradesh, were used. The roofs of the castle were made with red tiles. Later on the red tiles got replaced with red iron sheets (galvanized). The main entrance of the castle resembled like a chalet and there was a large portico having a wonderful fresco. The side of the castle had bay windows. High towers surmounted the stone walls of the castle. The red iron roof of the castle gave it a look of fairy-tale castles. 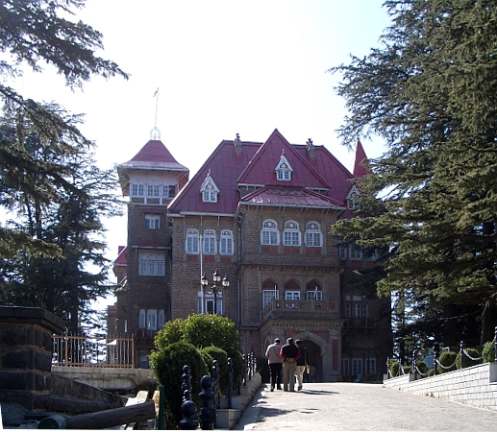 The castle was mounted on a hilltop surrounded by huge Deodar Trees and it could be seen from very far off.  The balconies of Gorton Castle were decorated with innovatively designed net (jari) work of Rajasthan which still grabs the eyes of the onlookers. Many departments of the British India e.g. Health, Education, Finance, Home etc., were run from here.

How to Reach Gorton Castle

For reaching the Gorton Castle, travelers have to use the Cart Road from the Railway Station. They can walk down to the Mall through this road and on the way they will find Gorton Castle. One has to drive only 500 m to reach the castle. Travelers would enjoy walking down to this castle. Those who are coming to visit the castle from outside Shimla can actually get into private or public buses that run on frequent basis. Taxis/cabs can also be hired to reach here.