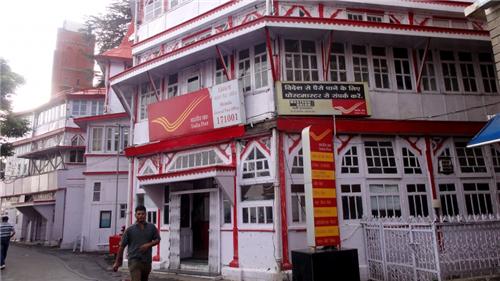 A post office embodies all this and more, a medium of communication between the people all over the world since 1650s. In 1635, the private mail service was legalized in the England. The post office can be broadly defined as the customer services facility related to the mail services. These services include such as the acceptance and delivery of the parcels and the letters and the sale of postage stamps. Some post offices also provide post office boxes. Some post offices also provide the additional services such as the banking services, providing and the acceptance of the government forms, processing the govt. fees and other services. The post office is mainly administered by the post master. The term general post office is used for the main office of the region or the nation. 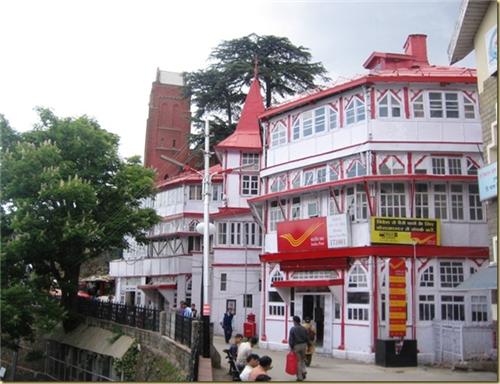 General Post office, Shimla is located in the centre of the Shimla thoroughfare, where Scandal Point meets the Mall. The building was constructed in 1882, for the Director- General of the Post Office for whole British India. The building also provided the space for the Postmaster General of Punjab.  The building of the Shimla GPO is a timber framed structure which is an eclectic mix of different styles similar to the other British era buildings in Shimla. 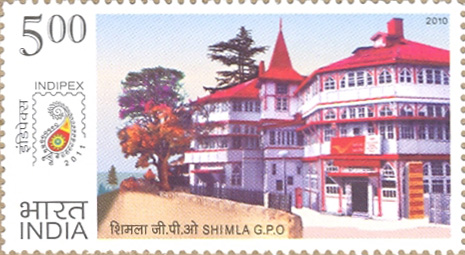 The mix of the styles includes the part-Alpine, part-Gothic and the part-Tudor which has been described by a writer as the Wild West Swiss. The building is mainly a structure of timber, which has a tin-roof. It is a fine example of English hill architecture with the design, which comprises the hollow larges pillars constructed from stone. It also includes the bricks which transverse the height.

On 21 September, 1972 the first floor of the building was gutted by the fire in which most of old records were burnt. The govt. renovated the building with the intact architectural features. In 1992, the Shimla GPO was declared as one of the six heritage Post office building in India. On this occasion the govt of India commissioned a set of commemorative postage stamps, which included the Shimla GPO. The price of each stamp in this set is Rupee five. These postal stamps were released in London.

Since, its construction the colors of the building included the green and white livery. But, recently, the building which is an important heritage site has been painted in red and white.

The oldest post office in Northern India, Shimla GPO was constructed in 1882 when it was known as the Conny Cottage. It was purchased from a Mr. Peterson. The first Post Master of this post office was Mr. F. Dalton and Mr. L. G. Pigott was the last Post Master who retired at December 1946 before Indian Independence. After India became Independent in 1947, Mr.A. K, Hazari had the distinction of being the first Indian Post Master of Shimla GPO. 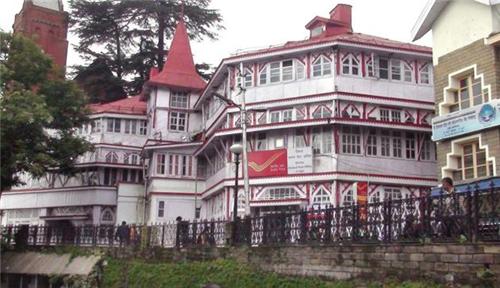 The mail was sent through a special dak gari from Kalka to Ambala, before the establishment of the roads or rail link. The postal employees transported the mail by using elephants, ponies and horses. The mail was distributed to the people by using tonga mail delivery. Today, also the post office has continued this tradition.

If you are interested in the architecture, you should visit this heritage building, which has been commemorated in the postage stamps at the heritage GPO. The General Post Office is open on weekdays from 9.30 am to 4.30 pm for the public services all year.  There is no entry fee. There are no restrictions for taking photos.