Fairs and Festivals in Shimla

Shimla keeps on attracting people towards it with its captivating natural beauty, cool and pleasant climate, snow clad mountain ranges, peaceful environment. Shimla is such a tourist destination that is flocked with people throughout the year.

Shimla is a favorite destination for all types of travelers- be it a nature lover, honeymooner, adventure lovers and families. Throughout the year, Shimla remains vibrant and colorful with many festivals, fairs and events that get organized here. Some tourists plan their tour programs during these festivals so that they get the feel of this city, Queen of the Hills, Shimla to the fullest. 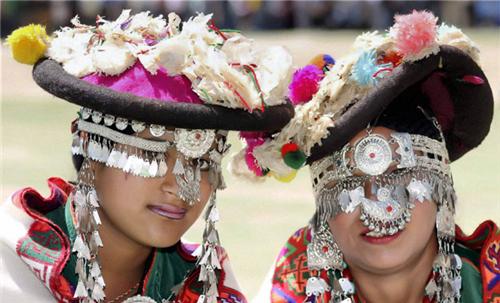 Fairs and festivals in Shimla get celebrated by the locals as well as by the tourists. The festivals are not only the ones that have originated in the hilly areas of Himachal but Shimla prides itself by celebrating festivals that are quite common throughout the country. Here in this article all the important festivals and fairs celebrated in Shimla have been described.

Special Festivals and Fairs of Shimla

In the following line you will get a chance to know about the fairs and festivals those are:

Shimla has been a preferred winter destinations for many adventure seekers. They not only come here to enjoy the snowfall and get mesmerized by the snow-capped mountains but one of the most popular festivals of Shimla, Ice Skating Carnival, attracts them to this wonderful hill city. Ice Skating Carnival in Shimla is organized during the winter months from December-February. 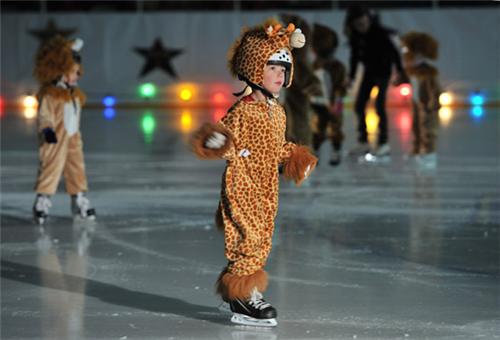 During the carnival, people enjoy ice-skating, skiing and making and throwing of snow-balls at each other.

During the festival, seeds of 5-7 types of crops are sown. The seeds are sown about 10 days before the actual day of the festival. The seeds are sown in a basket full of earth and it is kept near the idols of Gods.  The day before the Rhyali Festival, marriage of Lord Shiva and Devi Parvati is organized. Idols of Lord Shiva and Parvati are offered flowers and fruits. Prayers and mantras are chanted. Rhyali Festival is considered as the official arrival of monsoon in the city.

It is a religious fair that is organized in Shimla and attracts huge numbers of devotees. The fair is organized for one month during the month of Chaitra , from 14th March-15th April.  People from all over the country come here to seek blessings.

This is a traditional fair of Shimla. During this fair many tourists from all over the country come here to enjoy the traditional activities that are organized during the fair. Many cultural events are arranged. Apart from cultural events wrestling competitions, cattle fair and other trading are also arranged in this fair.

Shimla has plenty of adventure activities to offer to its visitors and locals. Apart from various mountain sports, water rafting is also very popular sport here. Rafting Cup event is a very popular adventure event that is organized in Shimla. The route of the competition is from Pandoha-Tattapani. Tattapani is a popular water-rafting destination in Shimla.

Spring is a season of joy and celebration and that is why it is called the queen of all seasons. Spring Festival is celebrated in Shimla from 28th-30th April every year. During the festival celebration, folk dances, music and other traditional activities of the state are performed by the local artists. 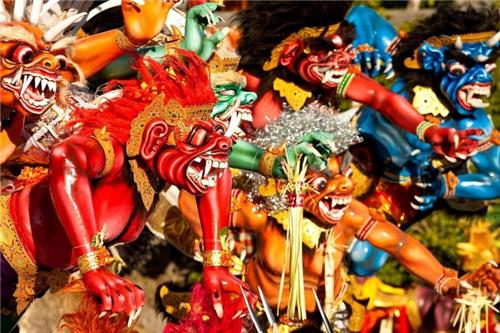 This keeps the spectators mesmerized.

It is celebrated in the month of May at Sihpur to offer respect to Sip Devta. During this festival Sipi Fair is organized where many types of cultural programs are arranged. Competitions of archery, juggling, acrobatics as well as magic shows are also arranged during this occasion. The fair of Sipi has been organized for ages and it used to be patronized by Rana of Koti.

This is a fair that is organized for 3 days. The fair is organized in November Month every year. During the fair, thousands of devotees come to Shimla to pay honor to the deity, Lord Bansor, who is worshipped during this fair.

This fair is a popular fair of Shimla. It is organized to show respect to the trade treaty that was mutually signed between Bushahr State in Shimla and Tibet. During the fair, many types of cultural programs are arranged. The ultimate idea behind organizing this fair is to help the small trades and businesses that are the main source of livelihood of natives and local people of Shimla.

The fair is organized in Rohru on the banks of Pabbar River. The fair is organized in April (9th and 10th day of Baisakh month) to offer respect to Lord Shikru. The villagers in the surrounding areas worship this God and on this occasion cultural programs including “Natti” dances are organized.  Other cultural programs as well as different types of trading are done during the fair. People wear their best apparels during the fair.

Halog is a village in Shimla which used to be the capital of Dhami State.  On the 2nd day of Diwali during the karthik month (November), the Pathar-ka-khel-Halog fair is held. According to the legends, the widow of one of the rulers of Dhami state became “Sati” and the fair is organized to pay tribute to Kali Ma.

In older days, human sacrifice used to happen on the grounds where fair is organized nowadays but that is stopped nowadays. Many activities are organized on this occasion and a weird competition of stone throwing is organized. The blood oozing out from the body of the participants are collected and offered to Devi Ma. Another activity called “Hindola Ride” is also very famous.

One of the annual festivals of Shimla is the Summer Festival that is organized in May. This festival is full of colors and is celebrated with great pomp. During this festival, people who have excelled in their fields come to Shimla and captivate audiences with their great performances. 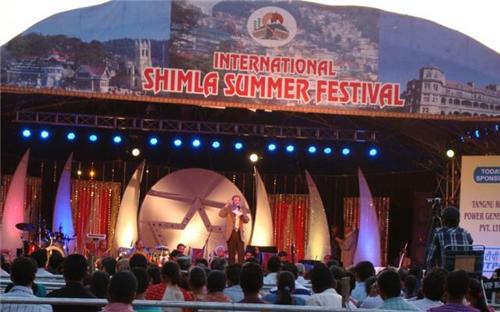 With the amalgamation of talents from every corner of the country, the event is one-of-its –kinds events in Shimla.

This fair is organized at Village Bharara which is situated in near proximity of Kumharsain. In this fair, people from all caste and religion participate. The fair is organized in the month of May (1st Jaistha). This fair used to get organized during the ancient time. During the fair, goat sacrifice is done in front of Koteshwar Devta to show respect. Many cultural and other activities are organized. “Hindola Ride” and “Natti Dance” are the most popular activities during the fair.

Shimla celebrates many festivals that are celebrated in rest of India too. They are:

Shivratri Festival is also celebrated in Shimla like it is celebrated in rest of India. Shivratri is the festival when Lord Shiva is offered fruits, milk and water by the devotees. Fairs are also arranged during this occasion. 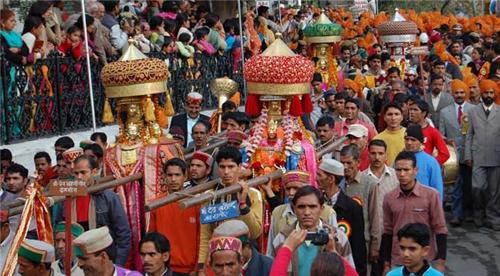 Devotees not only from Shimla but also from the surrounding areas keep coming here during Shivratri Festival.

Like rest of India, Diwali, the festival of lights is also celebrated with lots of enthusiasm in Shimla. Along with the Hindus, people from other religions especially the natives of Shimla participate in the Diwali & Dussehra celebration. This includes bursting of crackers, decorating houses with lights and distribution of sweets.

Lohri, another important festivals of Punjabis , is also celebrated in Shimla with great joy. It is celebrated in the month of January. During the festival bonfires are arranged. During Lohri, Rabi Crop is sown.

Explore more about Culture of Shimla