Shimla or Simla as it is known is located in the lofty and mysterious ranges of Himalayas. It is the capital of the Himachal Pradesh. The best thing about this city is the fact even if it is one of the tourist destinations in India; it has still relatively untouched by the globalization and the commercialization which is prevalent among the other tourist destinations. It has still retained the old world charm and is very different from the other Indian states. 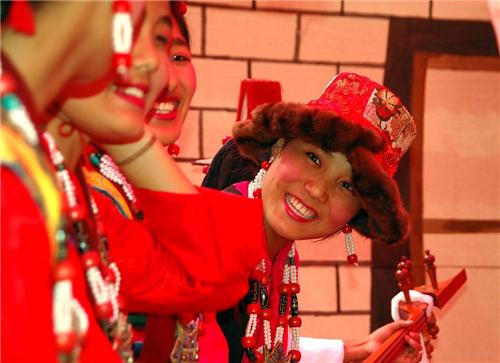 The culture of Shimla is the perfect blend of the modern thoughts and the traditional values. Shimla has a very rich culture heritage which is rural and traditional.

The people of the Shimla are mix of various races and the tribes. They do not belong to any particular creed or caste. They are very proud and protective about their traditions. Although, the city is commercialized and modern, they still follow their rituals and the traditions with the same dedications. Here, you can see some traces of Tibetan lifestyle, as the people of Simla have been heavily influenced by their lifestyle.  Most of the people wear Salwar, Kurta, Kameez or Juan Chadiyan which is a long knee length gown.

The people from Shimla are among the friendliest and warmest people in country who believe in simple lifestyle and content with their life. The life in Shimla is very simple and down to earth. These people are very hospitable to their guests. The main occupation of the people is catering for the tourist services and the horticulture and the agriculture.

Music and Dance of Shimla

The music of Shimla is dominated by the different instruments. The main instruments which are used are the Ektara Chimta, Flute, Ghunghroo, Manjara, Jhanjh, Ghariyal etc. Shimla is very famous for its tribal music and the traditional songs which are sung by the people are very pleasant to hear. 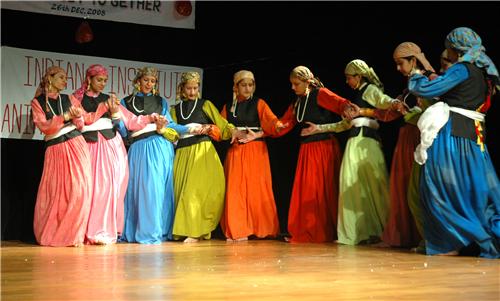 Shimla is also famous for its folk dance forms, such as Bakayang dance, Kayang dance, Jataru Kayang dance, Bnayangchu dance, Rasa dance, Naati dance, Shand and Shabu dance and Chohara dance. These dances are native to the place and they are not danced anywhere else in the world.

Religion and the Festivals of Shimla

The Shimalites do not follow any particular religion. They have amalgamated the teaching of the different religions such as Hinduism and the Buddhist in their way of life. In addition to the temples, Buddhist Monasteries, you can also visit the different churches which is the legacy of the British stay in Shimla such as St. Micheals Church in the city. Some notable temples of the city are Bhimakali temple, Jakhu Temple, Sankat Mochan Temple, and Tara Devi Temple. Some Buddhist Monasteries are also located near the city. You can also find some influence of the Tibetan way of life over the citizens of the city. 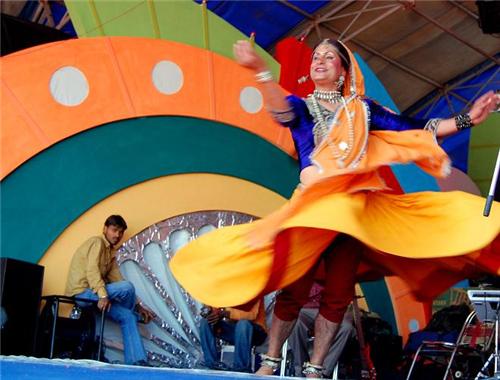 The city celebrates almost all festivals as it is a cosmopolitan crowd. In addition to that, the city hosts various festivals such as Shimla Summer festival, winter festival, the ice skating carnival, Shivratri and international folk festival.

Arts and Crafts of Shimla

Shimla has inherited a very rich heritage regarding arts and the crafts. The handiwork of the people is exported all over the world. The tourists purchase most of the arts and crafts as the souvenir of their vacation. A visit to market can inform you regarding the range of the arts and crafts practiced by the local people. You can buy dress material embroidered with the two styles of the embroidery, Kohana and Thapada which is the specialty of this area.

You can also admire and buy the bamboo items which have been made by the Dom tribe. In addition to that you can visit market and check out the beautiful metal jewellery, amazing beads, stone sculpture and leather articles such as belts, slipper and shoes. You can also see and buy beautiful paintings which showcase the life of Shimla. 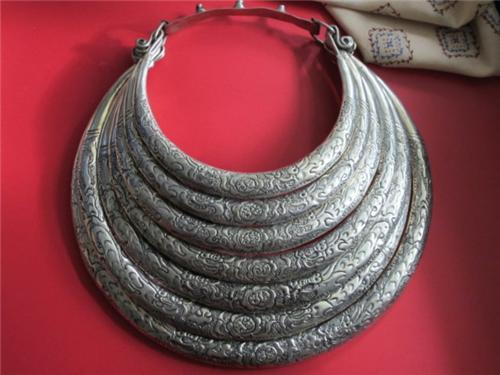 You can also visit Lakkar Bazar, where you can various articles such as fruit bowls, jewelry, small boxes and the carvings which are made of wood. One of the most attractive items, which are also exported all around the world, is the rugs and carpets. The wool which is obtained from sheep is used for making sweaters, rugs and blankets.

The stonework of the temples in Shimla shows their mettle regarding arts and crafts. The heritage buildings, which include the town hall and various schools were built in the times of British era also provide a glimpse of British architecture and are preserved beautifully by the people of Shimla. The famous buildings of that era include the former Viceregal Lodge and Wildflower Hall.