Though Shimla has plenty of religious places especially the temples still there is one temple that has always been mesmerizing devotees and the tourists with its intrinsic wooden architecture is the famous Bhimakali Temple, Sarahan. This temple is one-of-its-kinds having a unique architecture which is nowhere to be found in other states of hill stations. The temple has the main deity as Bhimakali Ma, the prime deity worshipped by the Bushahr Rulers of this region. This temple is situated at an altitude of 2150 m. Earlier Sarahan, the present location of the temple used to be known as Shonitpur and has been mentioned in many Hindu religious books. 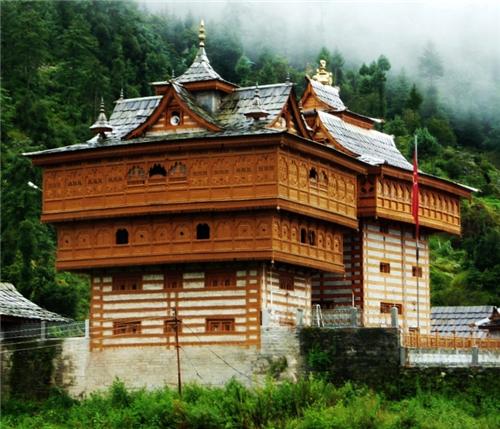 Many legends are associated with the Bhimakali Temple. It is believed that princely state of Bushahr used to be ruled by Banasur as mentioned in the Puranas. Banasur was Prahlad’s great grandson and was the eldest son of King Bali (the demon king) and Banasur was a great devotee of Shiva. It is believed that grandson of Lord Krisha had kidnapped the daughter of Usha, the daughter of Kind Bana and Lord Krishna and Banasur had a fierce fight. King Bana got defeated and he was beheaded and his head was buried under the ground in front of the gate. After the battle, Lord Krishna’s son, Pradyuman became the ruler of this place. Since then Ma Bhimakali is worshipped as the prime deity of this family. 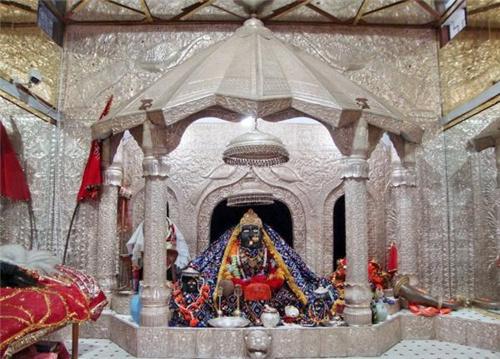 Another legend related to this place is that during Daksha-Yajna that happened at the place of Devi Sati’s father, Prajapati Daksha, ear of Devi Sati fell here. Since then, it became one of the Shakti-Peethas for the Hindus and many devotees visit this temple throughout the year. 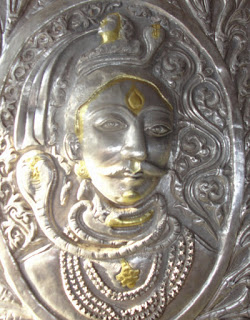 In the topmost floor of the temple building (new), an icon of Devi is kept. The storey below the topmost one has the idol of Devi Parvati, the daughter of Mount Himalaya who is the consort of Mahadev. Within the temple complex, there are three more temples- Patal Bhairva Ji temple, Narsinghji temple, and Lord Raghunathji Temple.  The current temple trust of this temple looks after 12 more ancient temples of the region.

Throughout the day, 4 aartis are performed. The timings are: 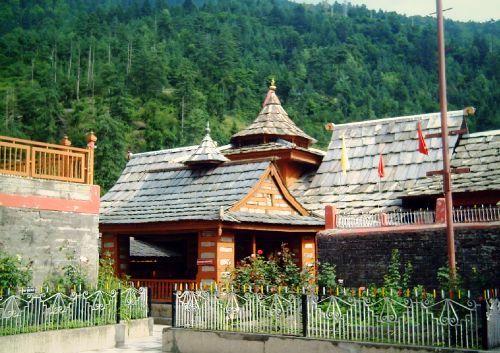 Visitors and devotees can order for special pooja from any part of the country. They need to send a request to the SDM/Temple Officer/Manager of the Temple Trust. Offerings in the pooja are done as per the request and Prasad is sent to the person.

Accommodations are available within the temple premise and outside it. Devotees need to book these accommodations beforehand especially during special festivals as they get booked up by the tourists and devotees on these occasions. Some of the accommodation facilities are-

Situated at the edge of Bhimkali Temple premise, this rest house overlooks panoramic landscapes of the hills. Booking of accommodation has to be done with SDM Rampur/Manager of the Temple Trust.
The types of rooms:

This is a government run hotel and has same name as the peak of the huge mountain facing the hotel, Shrikhand peak. The architecture of this hotel building is inspired from the architecture of Bhimakali Temple. Accommodation can be booked on the spot at Sarahan. The various types of accommodations are:

This rest house is located about 5 km from the temple. Booking can be done via DFO Rampur.

It is located in close proximity of the temple. The booking can be done via PWD office Rampur.

To enjoy hassle free staying, pooja offering and traveling in and around Bhimakali Temple Shimla, here are some important contact details given:

Devotees and visitors can get food from the canteen run by the temple trust by paying nominal charges. Tourists/visitors can also get food in various hotels and rest houses located around the temple. During Navratri, free langar facilities are there for everyone. 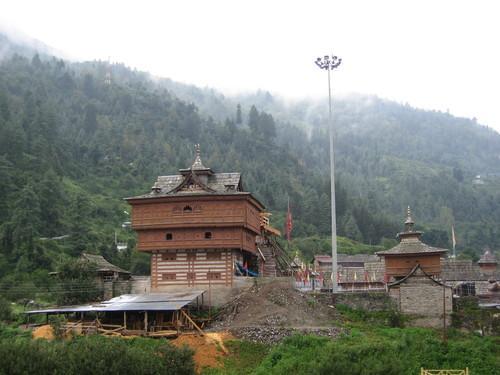 How to Reach Bhimakali Temple

The temple of Bhimakali Ma is located about 180 km away from Shimla. It can be reached by road very easily from Shimla and from other parts of Himachal Pradesh.


By Rail: As there is no railway station near to this temple, travelers have to get down at Shimla Station, the nearest station form here. Shimla has connection with Kalka through narrow gauge.

By Road: The Bhimakali Temple is only 180 km away from the capital city Shimla. Jeeps as well as taxi hire are available from both Rampur and Shimla. Buses, both private and run by HPRTC are available very frequently. From Shimla, many prefer to take private vehicles and it takes only 6 hours to reach the temple. Those who are traveling by road must take National Highway 22 till Jeori. Jeori is only 11 km before Jhakri. Jhakri is the place from where the road divides into two parts and one of these roads lead to Sarahan. There are many petrol pumps located at Jeori, Narkanda, Theog and Rampur so travelers must carry extra fuel when they travel by road.

By Air: The nearest airport of Bhimkali Temple is Jubbarhati Airport of Shimla.

This temple can be visited throughout the year because the climate remains pleasant and cool and never exceed more than 25 degrees in summer. In winters, it is very cool and proper protection of woolen items is needed. During March-November, light woolen items are needed during early morning and in the evening.