It is a widely known fact that the British rulers considered the Shimla city as their summer capital and Ground. Being the mountain landscape, the space for residences and other places was limited near the center of the city. Due to this fact, they created their Ground and the racecourse, the essential necessities on the different spur of the land, which is known as Annandale Ground.

The British officers and the other people used Annandale Ground to organize the Fancy-fairs, picnic-parties, dog shows, fetes and other events. Today, Indian army uses the ground as the heliport. It is also used as the venue for the parades and the military exercises. 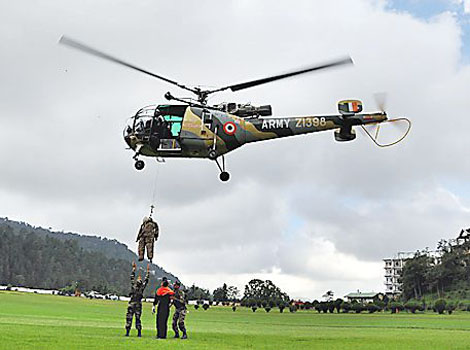 The Past and Present of Annandale Ground

Annandale Ground, this landmark of Shimla evokes lot of pleasant memories for the people who used to stay here in the heydays of the British Era. The Ground is located in the wide and deep valley of a suburb village known as the Kaithu in West Shimla.  It is just 4 km away from the city and is located at the attitude of 6117 feet from the sea level. The Ground covers a small patch of tableland which is about ¾ of a mile in the circumference and 121 bighas in the area.

The spur on which this table land is located, was improved and extended by the British by cutting a big part of hill. This initiative was taken by the Lord William Beresford, who was the Military Secretary to the Lord Dufferin. He extended the Ground to include the Polo ground and the Cricket Pavilion. The expenses came to Rs.80, 000/- in those times. Most of it was donated by Indian Maharajas. 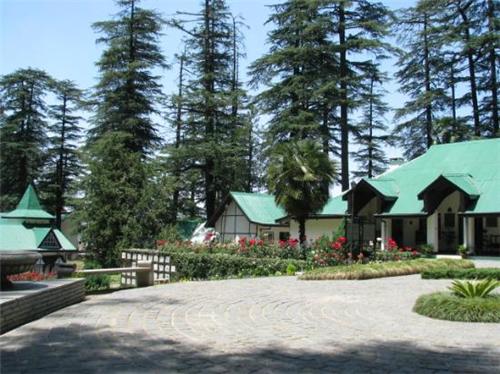 Annandale, there is a fascinating story about the name of the Ground and the valley. One of the first explorers Capt. Charles Pratt Kennedy discovered this valley and he was very struck by its beauty. He named the valley after his sweetheart in the boyhood days, whose name was Anna. He combined Anna with the “dale”, whose meaning is valley. So, this valley got the name Annandale.  This spelling of the valley appears in the early lithographs of the Shimla, which were done in 1840s.

Since its inception in 1830s, Annandale Ground have been the center of the Anglo-Indian amusements, entertainments and the playful activities. They use to organize the various activities such as the fetes, races, birthdays, balls, army tattoos races, picnic parties, polo matches, dog shows, gymkhanas and flower shows. The polo tournament was the annual fixture at the Annandale, until it was shifted to the Calcutta. The maintenance of the Annandale Ground was done by a general committee, which generated the funds by renting the ground to the cricket and polo clubs. The other organizations including the race committee, gymkhana and other voluntary organizations also paid rent to organize their events. The first fancy fair of the Annandale Ground was organized in 1839. 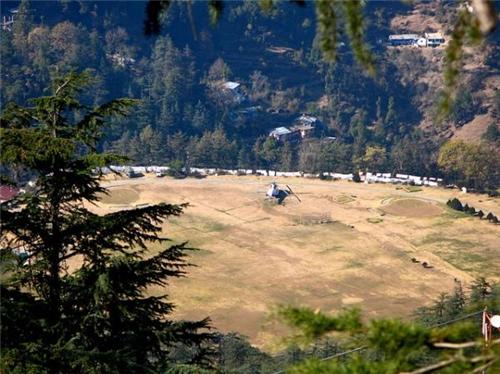 Today, the Ground are used for the sports, army parades, exercise and the as the helipad for the visitors. It is also used for the annual Dussehra festival celebrations. The army also conducts the regular disaster relief exercise known as the Mountain Rescue. The Himalayan ranges are prone to natural disasters. It is the aim of the army to practice, coordinate and the refine the drill for the evacuation of the affected people in natural disaster areas. Since, World War II, the main area of Annandale Ground, which is surrounded by thick forests, is under the control of Army.

How to Reach Annandale

Annandale is a historic Ground, which is located 4 km away from the The Ridge. The racecourse and the Ground is in wide and deep valley which is situated in a village which is known as the Kaithu in the west region of Shimla. It is very easy to reach Annandale from Shimla. You can hire the private taxi or cab from Shimla. You can also use the private buses or the public buses to visit the Annandale Ground.

Annandale is also famous for the golf course. So, the town gets tourists and the visitors, who want to play golf in their vacations. For that, the town has many hotels which include from budget to the luxury hotels. Also, as the place is near city of Shimla, you can stay in the city also. In addition to that, there are many local people, who provide economic accommodation to the guests in addition to the food.