Shimla was once a summer retreat for the British rulers and has become one of the most visited tourist destinations of India. It is also the capital city of the Himachal Pradesh located in the north part of India. Shimla has Kinnaur in its east, Kullu and Mandi in its north and Solan and Sirmaur on its south and the state of Uttarakhand in its south-east direction. Shimla has improved a lot in terms of education and economy. Many renowned educational institutes are here and many notable persons from India as well as outside have been educated here. Shimal houses many vintage architectural marvels and most of them were built during the British rules. The city has temples, churches and palaces which still bear the rich culture and heritage of our country. 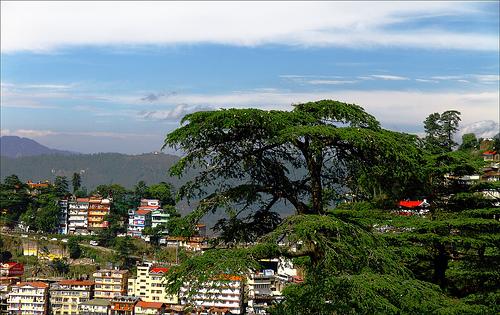 Shimla is visited by hordes of tourists for its unparallel natural beauty. Known as one of the most popular hill stations of north, Shimal is also popularly called as “Queen of the Hills”. The name “Shimla” has been derived from the name of the Goddess “ Shymala Devi”, that is a form of Goddess Kali. Due to wonderful scenic terrains of Shimla, in the year 2005, MTB Himalaya biking Race has been started in Shimla. It is considered as one of the biggest events of South East Asia. Nestled among the lap of the nature, Shimla has a picture perfect look. The town is nestled among the snow-clad ranges of Himalaya and has many lakes and lush green plantation. The ambience created by this city is not found anywhere else in India.

Shimla was discovered by the British Rulers in the early 19th century in 1819 when it was only a small village. Shimla was the part of Kingdom of Nepal. When Lord William Bentinck was the viceroy of India, Shimla was acquired by the Government. The local king was convinced to part with Shimla region in 1830 and then it was made the most attractive summer retreat of the British Era in India. 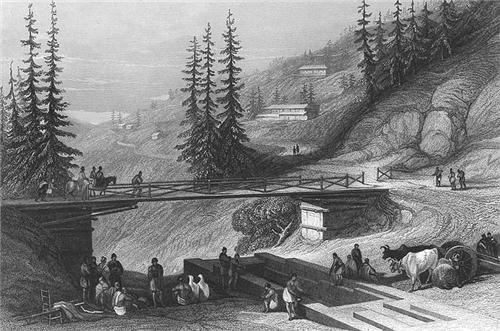 Post Independence, Shimla used to be the capital of Punjab until 1966 and then it became part of Himachal Pradesh and became its capital.

Geography and Climate of Shimla

Located in the south west ranges of the Himalays, Shimla is located about 2400 m above the sea level. The entire area of the city is spread over a ridge and seven spurs of the ridge. The entire city has a stretch of 9.2 km ranging from east to west. Jakhoo Hills is the highest peak of Shimla.  The three important rivers flowing through Shimla are Giri, Sutlej and Pabbar. The entire forest around Shimla has plantations of oak, pine, deodar trees and rhododendron. 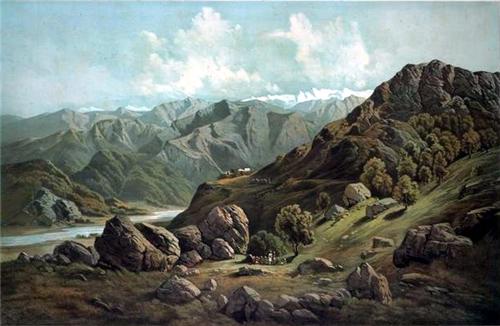 Read more on the geography of Shimla, right here 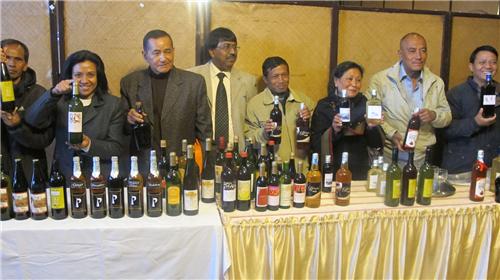 Art and Culture in Shimla

Shimlaites is the popular term that is used for the people of Shimla. As Shimla is a cosmopolitan town, there are varieties of festivals celebrated here. Though the major religion of this region is Hinduism, there are many followers of Sikhism in Shimla. The minority population of Shimla are Christians, Muslims and Tibetan Buddhists.

The Winter Carnival and the Summer Carnival are the major events of this town. Almost all the major festivals of Hindus, Christians, Sikhs , Muslims and Buddhists are celebrated here.  The Photo Art Gallery of Shimla is one of the best places to know about rich culture and heritage of Shimla.

Shimla handicrafts and artworks are encouraged by the government. Embroidered shawls, leather garments and various art and craft items carved out of wood are the major attractions of Shimla. Varieties of items like jewelry boxes, fruit bowls, idols are carved out of woods of Pine and deodar trees that are abundant in Shimla. Beaded and metal jewelries are also the specialty of this place. Many sculptured items showcase the workmanship of artists of Shimla. Carpets and rugs with different types of motifs and embroidery are also the bearers of artistic insight of the craftsmen here.

Shimla is an ideal place to have full entertainment. Whether tourists want to enjoy leisurely walk in the Mall or they are looking forward to trek, Shimla has everything to offer. During winters, tourists could enjoy ice skating. Shopping is also very entertaining here in Shimla with government shops and shopping malls.  Himachal Emprorium in the Mall to buy local handicrafts or Michys offering fresh fruits and squashes are quite good source of entertainment in Shimla.  Playing golf at Naldehra Golf Course, picnics at The Glen are other means to rejuvenate body and soul in Shimla.

Very few places in Shimla are as lively and vibrant as Shimla. Shimla organizes many festivals and events throughout the year apart from the common ones like Dussera, Diwali , Shivaratri etc. They are: 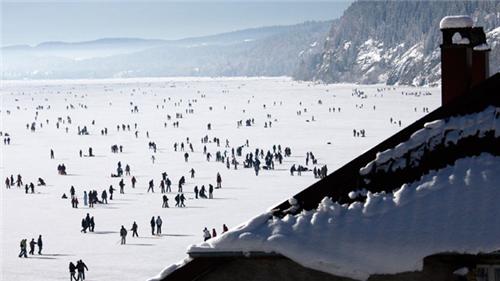 A festival observed in the month of July to please Lord Indra to get more rain for better crop production.

This winter festival is celebrated with pomp and the city looks dazzling during this festival.

A perfect event to be organized during winters. Ice skating and skiing are arranged during the winter months December-February.

Every year in the month of May, summer festival is celebrated at Ridge of Shimal where baby shows, dances, flowers shows and other events are arranged.

Shimla not only boasts pristine natural surroundings but it also has different tourist places to visit. They are: 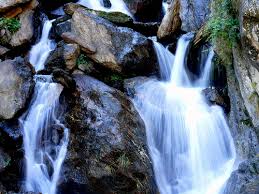 Shimla is well connected to northern India through rail, road and air.

By Air: The nearest airport of Shimla is the Jubbarhatti Airport that is only 23 KM away from Shimla Town. There are frequent domestic airlines services available to Shimla from places like Delhi, Kullu and travelers can avail Vaudoot flights from these places to Shimla on daily basis.

By Road: Major places like Amritsar, Delhi, Kalka, Jammu, Chandigarh, Kalka and many important towns of Uttar Pradesh, Haryana and Punjab are very well connected to Shimla by road. Solan, Chail, Rampur, Sarahan, and Kasauli are some other places around Shimla that have all-weather roads. Regular buses, tourist coaches and taxi services are there. Many travelers prefer to use their private vehicles to reach Shimla by road.

By Rail: Shimla has connection through rail up to Kalka and it is a broad gauge railway line. From Kalka, the railway line is a narrow line and toy train or rail car is taken to reach Shimla.  During the journey from Kalka to Shimla, about 103 tunnels are to be crossed. From Kalka regular train services are available to major cities of India like Kolkata, Delhi, Amritsar and others.